It was a 3 table session this week with 13 gamers trying 7 games over the evening with themes covering biblical events, Roman entertainments, firework festivals, colonial diplomacy in Afghanistan, and competitive gardening.

Warm up games included Coloretto, which was back for a fourth session of chameleon themed colour card set collection (see blog 27 for a summary). 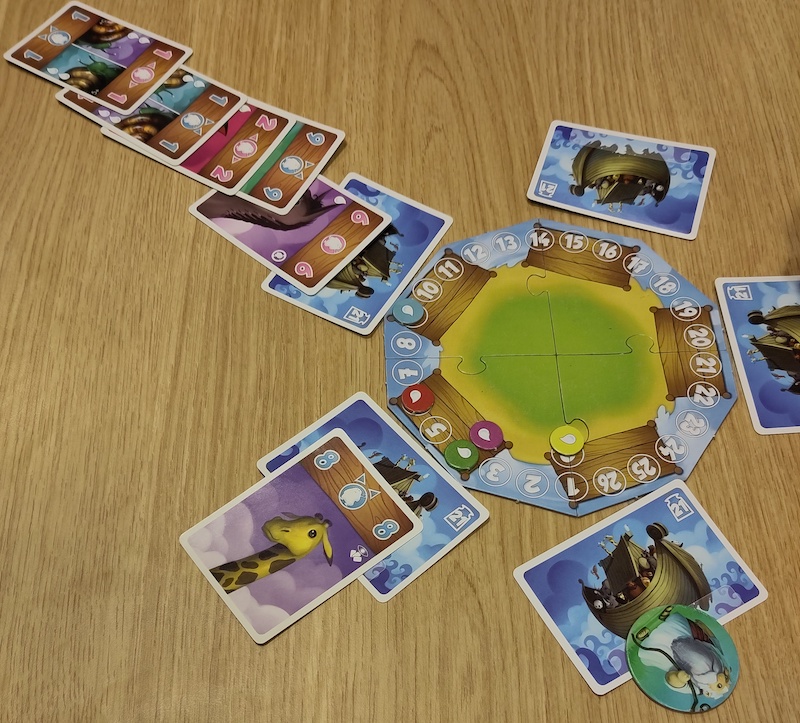 Noah was new to the tables, a lightweight game about being the fastest to load arks with animals following gender and weight rules. There are 5 arks, each randomly set at the start of each round with 1 animal loaded. The second animal added sets the loading rules thereafter, either a single gender ark or alternating male and female animals. You can only load the ark with Noah on it, and after loading Noah is moved to a new ark according to the gender of the animal loaded. Arks also have a weight limit, so you can only load animals under that weight limit, or match the limit exactly. The ark then sails off and you can give some cards from your hand to opponents. If you can’t load a valid animal then you have to pick up all the cards on that ark and restart loading again.

The round ends when someone has played all of the cards from their hand or 4 arks have sailed. At that point any animal cards in hand with raindrop symbols count as negative scores. If you can play a second animal of the same type to an ark following the placement rules then you can have another turn. Finally some animals have special actions like the lion to swap cards, the hermaphrodite (either gender) snail, or the woodpecker that damages the ark and changes the weight limit. Players soon got the hang of the rules and were moving Noah between arks to make loading as challenging as possible for the next player, or chaining multiple moves by playing matching animals. 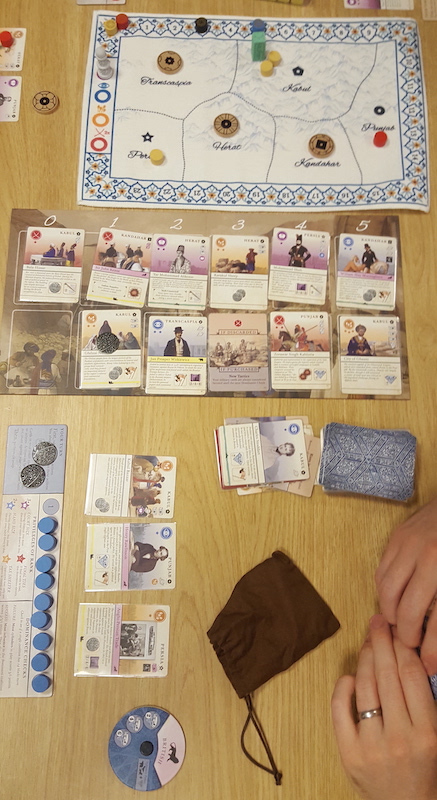 Pax Pamir had been organised on Discord before the session so a 4-player game was soon underway. This was previously played in session 21 and is a game of conspiracy and area control set in the 19th Century between the Afghanistan tribal leaders, Russians, and British in the Pamir mountain range. Although gameplay is not too complex, there are a lot of subtleties in strategy to explore and gamers agreed another session to fully appreciate and try more possibilities would be required. 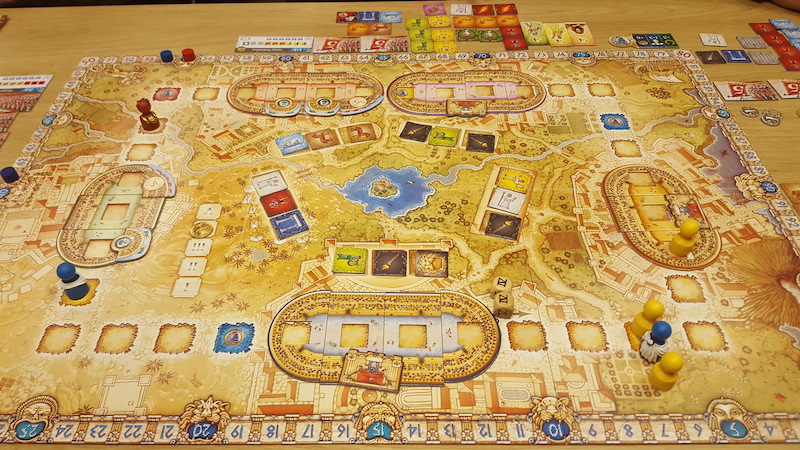 Colosseum was back by popular demand from 3 players from the last session (session 38), so another full complement of 5 arenas were soon staging diverse plays and spectacles for the entertainment of the masses. Auctions and trading performers got quite intense with some stars reaching very high prices and the dignitaries were kept fit moving between colosseums to see the best shows. Health and safety considerations were ignored when staging the “Lions Procession” with no cages. In the end the strategy focusing on singers, comedians, and priests culminating in “Isis’ Revealed Secrets” gained better audiences than the shows with Gladiators, such as “Retiarius vs Secutor”, or with boats - “Mare Spielbergus”, or with horses - “The Ponies of Epona”. 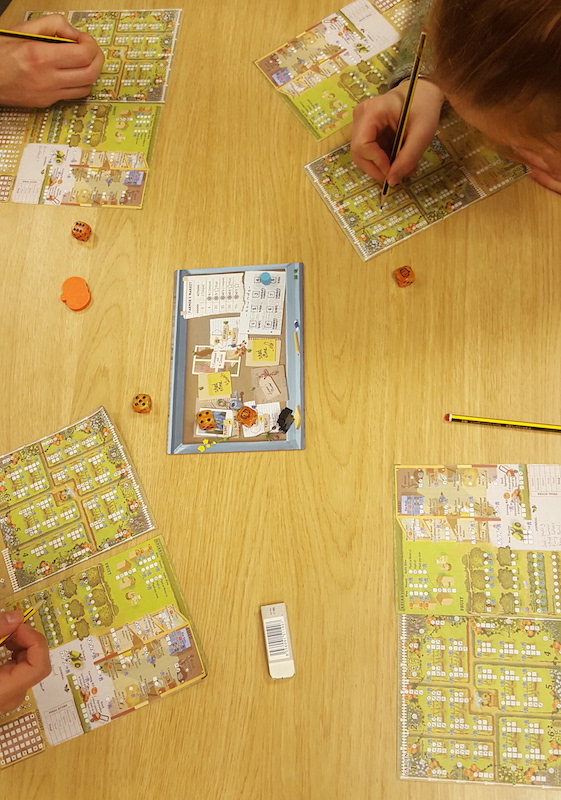 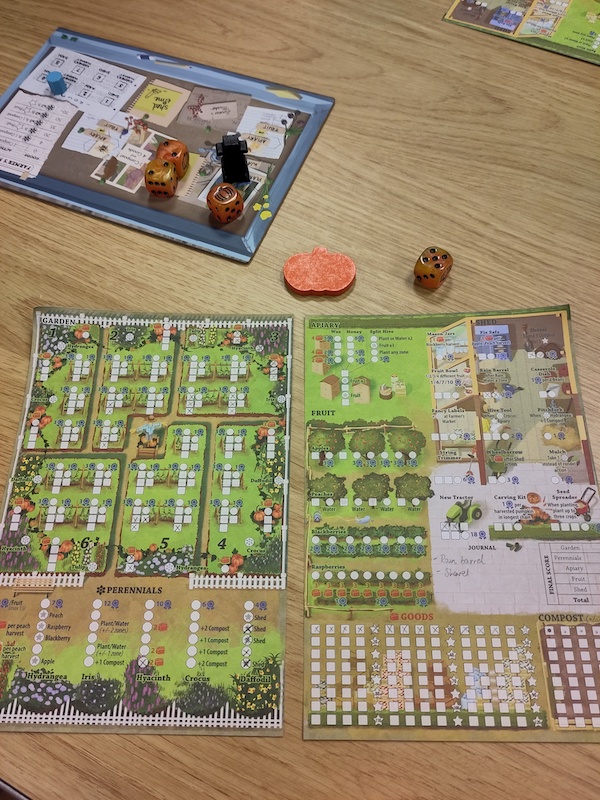 The final table chose to play 2 games of Three Sisters, a roll and write game with a horticultural theme. A selection of dice let you grow crops (vegetables, fruits, flowers, or hives), or use the shed for special abilities. Do you specialise in certain crop types, or diversify and try to take advantage of bonuses from rain or the farmers market? Although competitive there is limited player interaction beyond dice choice and so in the end the players were more interested in how successful each had been and their garden ratings from “ready for the county fair”, through “state champ” to “given your own TV show”. With many options and interconnected tracks to try, the game has a lot of replay value. 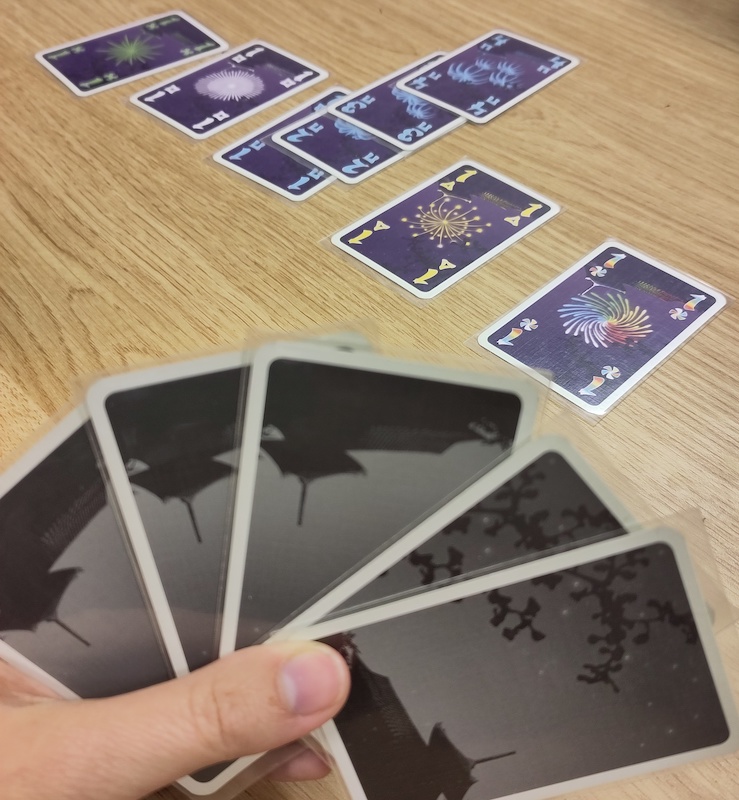 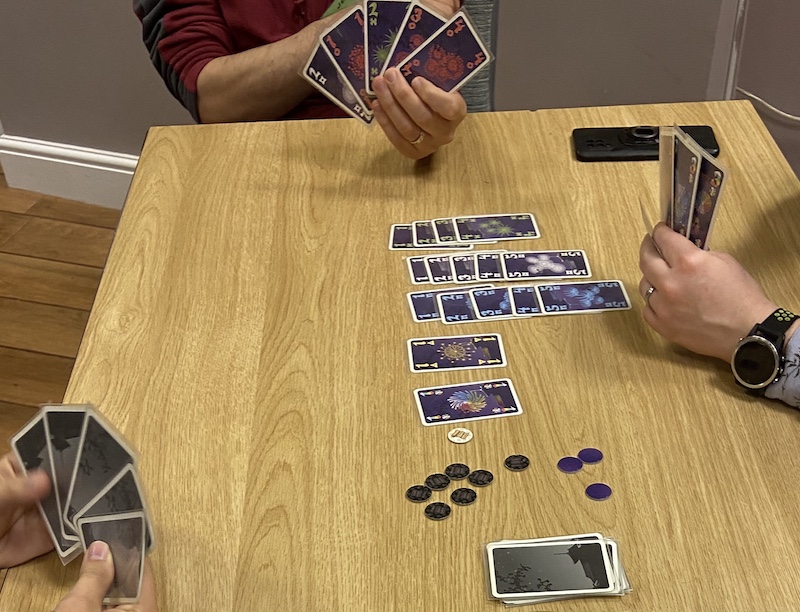 Finally there was time for 2 end of evening fillers, High Society and another club favourite Hanabi, which was out for a fourth time of cooperative firework festival fun, with players blind to their own hand and requiring clues to play their cards in the correct order for the biggest firework display. High Society is a bidding game by well known game designer Reiner Knizia. The aim is to acquire the trappings of wealth while avoiding negatives, but don’t spend all your cash becaause the least wealthy is eliminated before totalling victory points. 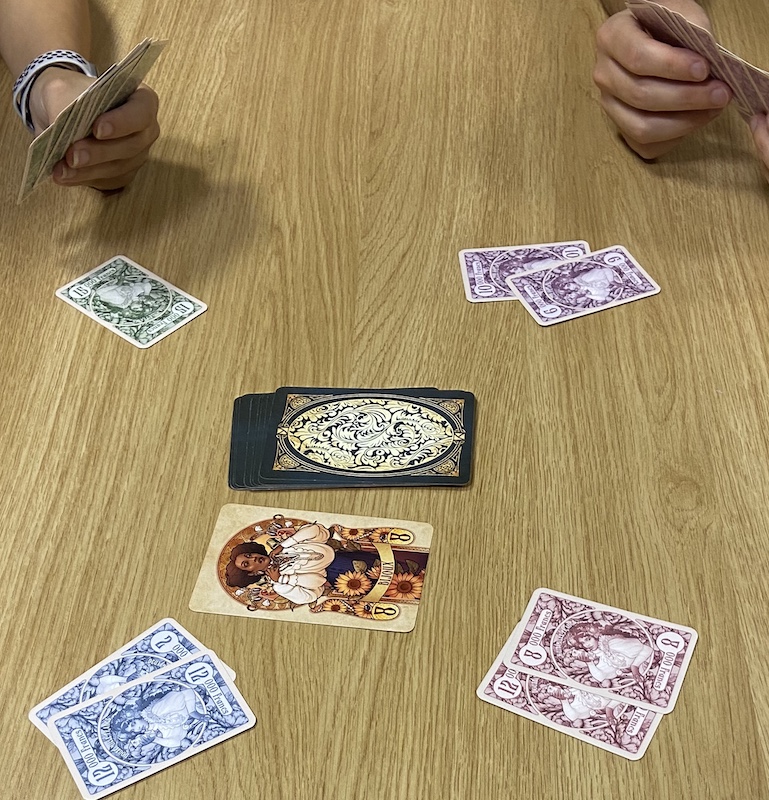 The next session is Wednesday 5th October. Bring your games! We have tried 138 different games with very diverse themes or play mechanics over all the previous sessions, and we are always happy to learn more. If you want to play a longer or more complex game it is better to ask on Discord first then we can matchmake some other gamers to join, familiarise everyone with the rules (watch a tutorial video), and get the board setup early that night. Or just come along and see what is on offer, join an table and try something new!