It was a slightly smaller session this week with 11 gamers split over 2 tables. The first table went with a quick warm up and then into a long game, while the other table tried a range of short to medium games. 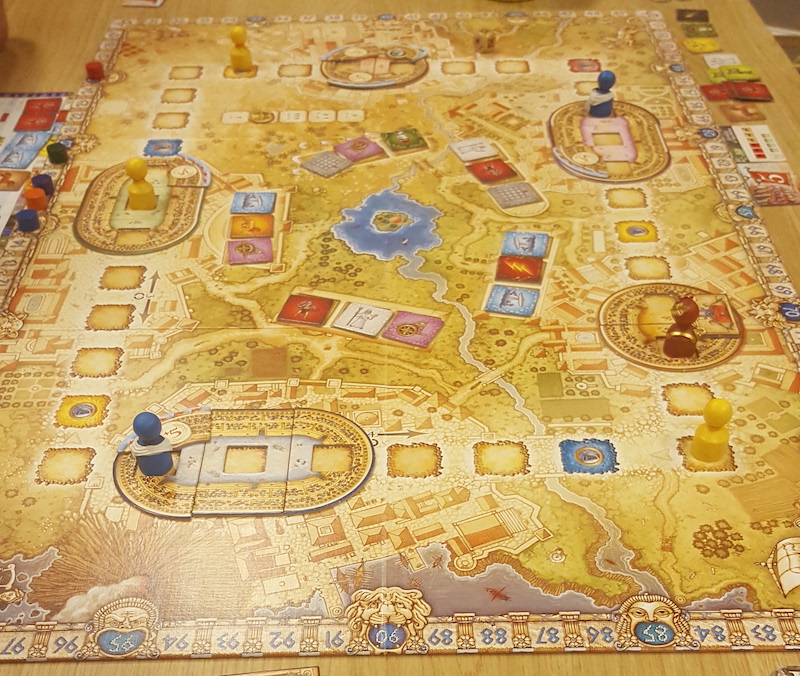 Ever popular, Ecosystem was the warm up before literally the Games began with Colosseum. With 5 players stage managing a series of 5 ever more spectacular shows in their colosseums for the roaming dignitaries this was going to be epic. The game plays over a few phases: enhancing your colosseum and buying shows, acquiring performers and props, and then putting on the show and attracting the best audience. This translates into points and how much money you have for the next round. But in a twist, the worst show gets to take an item from the best show to even things out a little, and every show has some sort of accident resulting in the loss of a performer or prop. With cut-throat haggling for the star performers, and competition to get and keep the emperor in your colosseum watching your shows, it certainly kept the table entertained all evening. 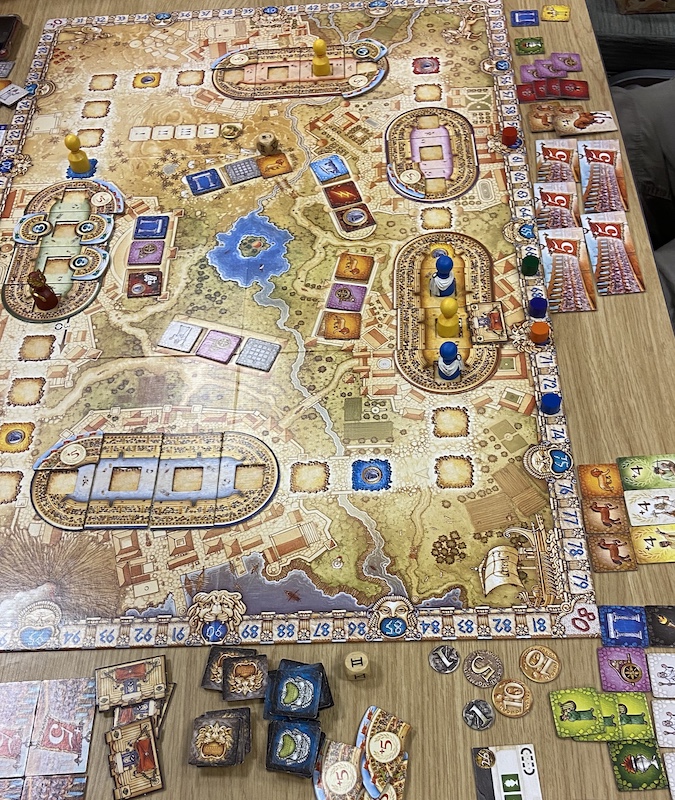 Meanwhile, Seven Dragons was the starter for the other table. Back for its fifth play at club, it is a fairly simple game to build up a chain of cards on the table of your dragons colour, with the option to mix things up by switching colour objectives with your opponents. 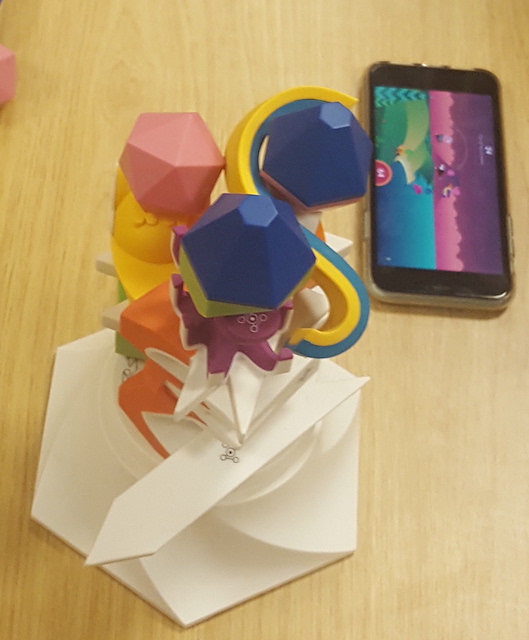 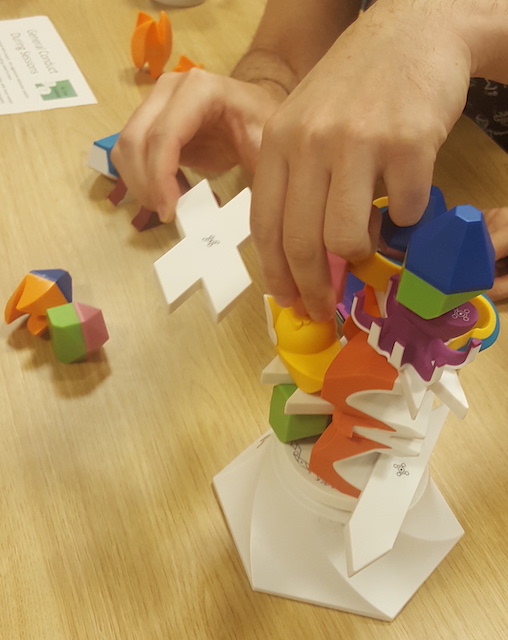 Then inspired by last weeks balancing entertainments, it was a first play for Beasts of Balance. This game involves a box of animal and totem pieces (with sensors) that need to be balanced on the base unit. An app shows the world developing as you add animals, neglect them (add more of their totems to fix that), or cross them to make new hybrid animals with fun names. After a couple of practices a cooperative effort almost managed to include the final seventh animal piece whilst all the original additions had been saved from extinction before it all came tumbling down. 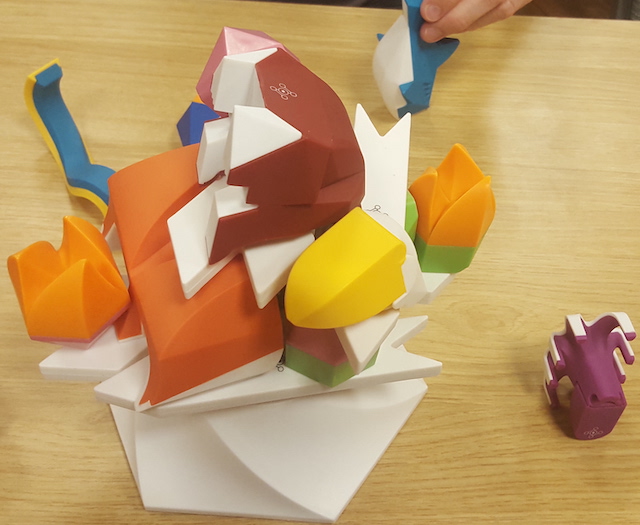 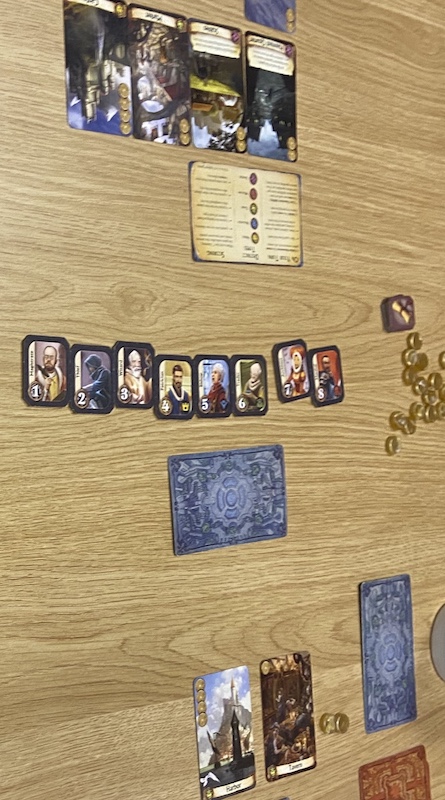 The table then moved on to the Machaevilian backstabbing and empire building of Citadels. This is another classic game best played with lots of players, only on its second time out in the club, last played Session 17. Each round players secretly choose roles to help build their city. Some provide extra cash or building cards, while others sabotage the opponents by stealing money or buildings, or preventing their turns. The trick is to work out who chose which role so you target your attacks against the correct players, or choose your own role wisely so you can defend yourself. 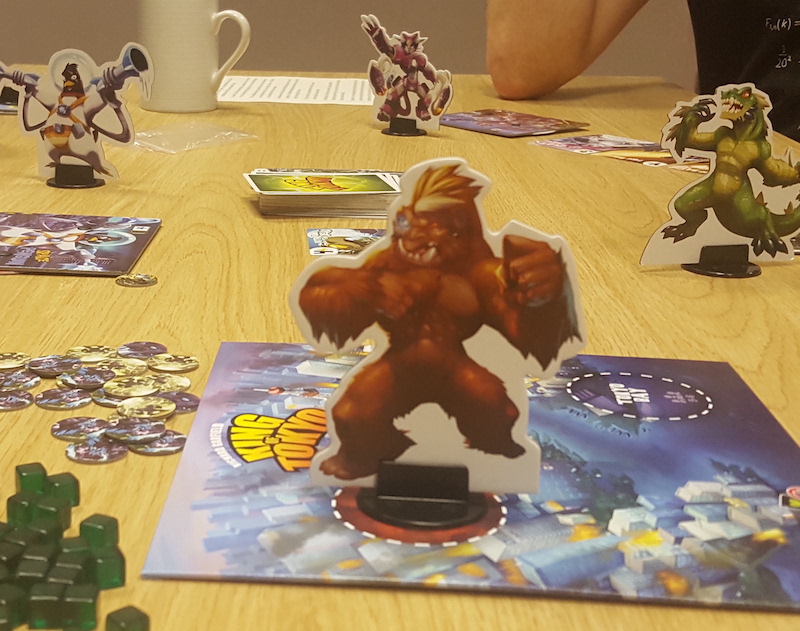 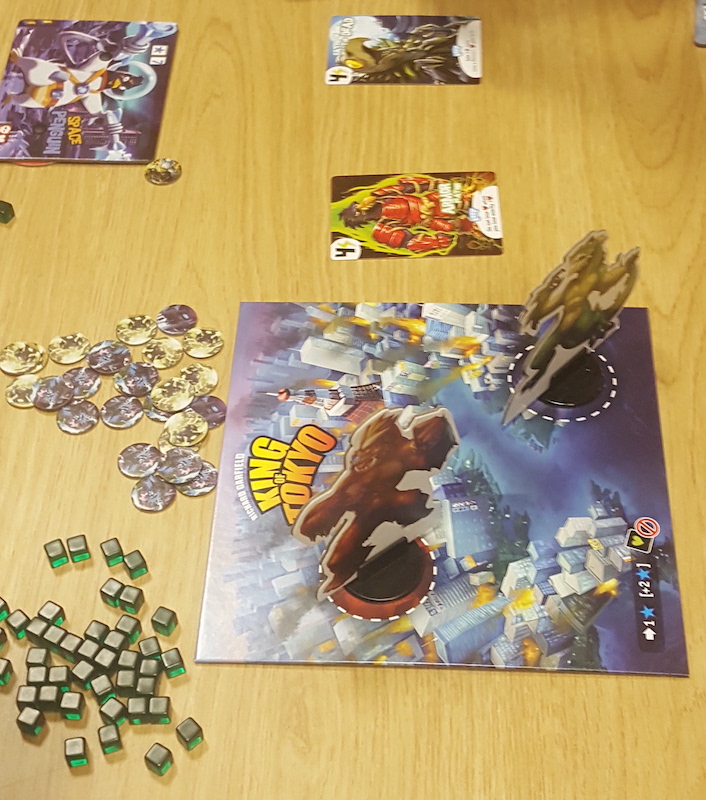 Then the pace switched up a notch with the monsters and mayhem of dice rolling action in King of Tokyo. This is the original game - we played King of New York recently in Session 35. Everyone was holding their own for a while, but suddenly Meka-Zaur built up a lot of bonus traits and the dice rolls went his way resulting in a wipe-out.

The final game was the much calmer Coloretto for some push your luck colour set collecting to end the night.

The next session is on Wednesday 21st September. There is sure to be plenty of game variety and a mix of old favourites or new suggestions to try. As always you can post on the Discord thread with questions or for some pre-session matchmaking.