It was a big session with 17 gamers and 4 tables active playing a variety of animal, fantasy, train, trading, and space themed games. The blog title highlights the 3 games newly out on the tables this time, but there were a total of 10 different games played, some with a few plays each.

Starter games for this session are tried and tested now. Big Dig was back for a third week in a row, Coloretto second time out, Ecosystem now with 8 sessions played, and The Crew back for a third series of games. 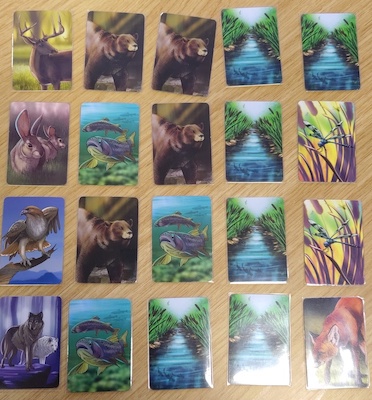 Root had been discussed at the last session and a 4-player game had been booked up in advance. Nathan B. set up the back-stabbing forest game, and the adventure and war commenced. This game has 4 very different factions in an asymmetric game where each player has a different victory condition. The Cats play a game of engine building and logistics - they win by building and crafts. The Eyrie musters their hawks to take back the Woods - they must capture territory and build roosts. The Alliance hides in the shadows, recruiting forces and hatching conspiracies. The Vagabond plays all sides of the conflict for their own gain, while hiding a mysterious quest. In this session the Eyrie was winning until the Cats and Woodland alliance ganged up on them, which allowed the Vagabonds to swoop in and steal the victory. It was a close game and one that sounds like it will be back out again. 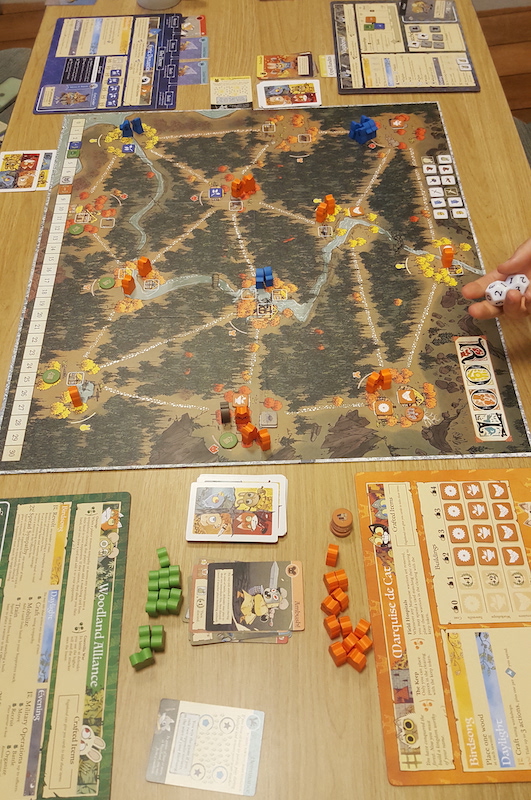 Simon W. successfully pitched a 5-player game of Container back by demand after a last play in session 23. Once the players had finished shipping goods around they decided there was time for another game, this time another of Simon’s train games Ride The Rails. This is the second title in the Iron Rails series, which includes Irish Gauge and Iberian Gauge that have been played in previous sessions. Like the other games, the premise involves investing in railroad companies and building tracks, this time across the United States. The difference in this game is that new companies are introduced each round and each has different placement rules. Deliver passengers to earn points but try to limit your use of other players railroads giving them points. 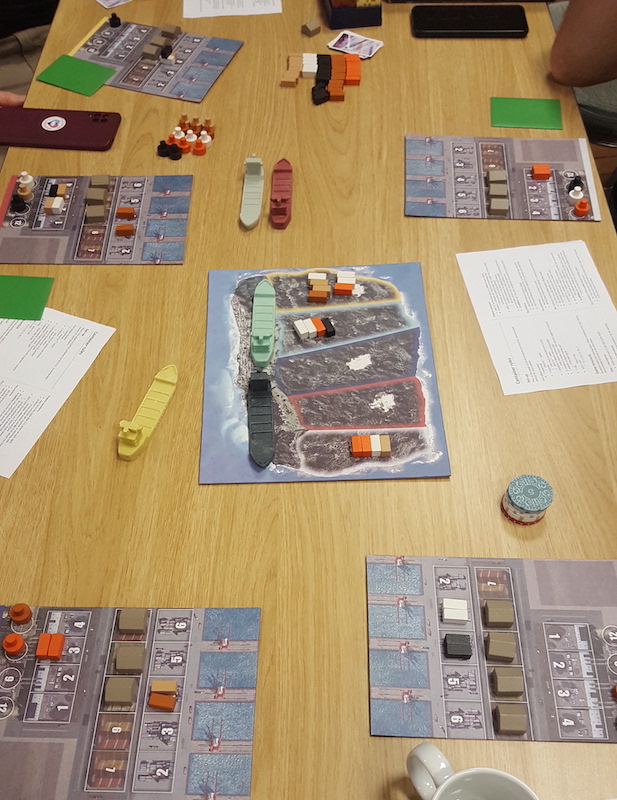 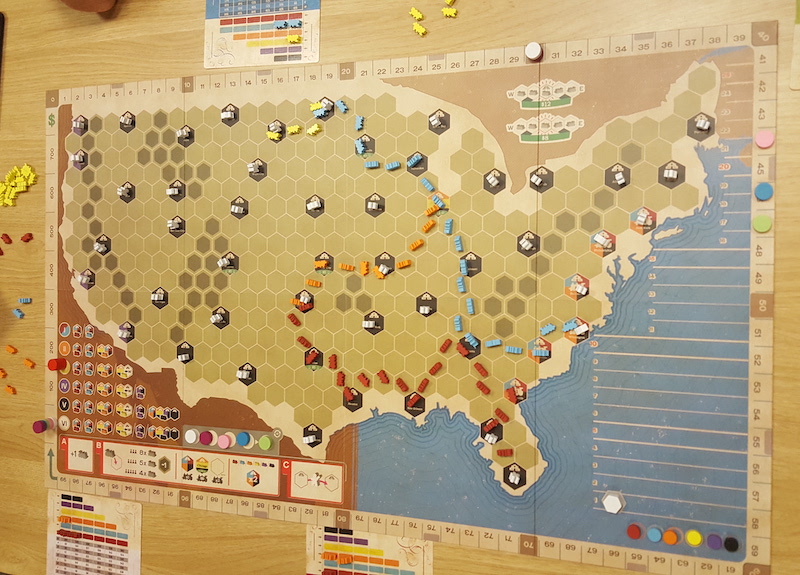 Kathy J. and Jeremy J. both taught Dice Forge, a fantasy themed game with special dice with removable faces that you upgrade as the game unfolds. You roll your two dice to earn resources. Each turn all players roll and accumulate resource, so in our 3 player game with 10 rounds, you get 30 rolls to generate resources. Faces either generate gold to buy face upgrades, victory points or sun or moon magic power to recruit creature cards. The creatures have instant or recurring rewards, like extra dice rolls, converting gold to VP or copying opponent dice faces. It is a fairly simple game to explain and quite quick to play, so the table had 2 plays, the second with the scores all separated by just 2 points each - 91, 93 and 95 for the win. After that there was time for a game of Arboretum, an opener in session 30 planting avenues of trees for points, but balancing playing high value cards to the tableau with keeping some in hand to ensure that tree type scores for you. 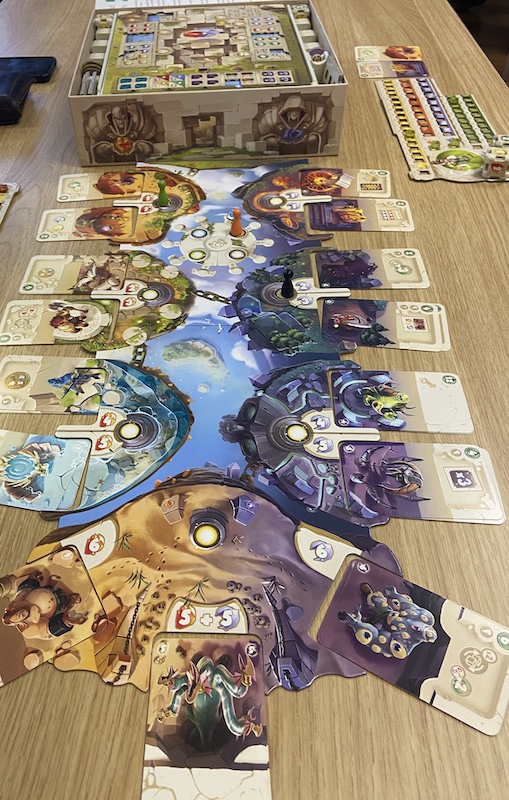 Catherine D. led a 4-player game of Wingspan, a very popular game but one that has not been out on the club tables since sessions 11 and 12. This time including the European expansion, there were plenty of birds eating, nesting, and laying for a very close final score with 1 point in it for first place.

The next session is on Wednesday 29th June. There is already some Discord chat with table booking for some previously played games and drumming up interest in some new games bought at the recent games expo.