We had 14 attendees this session despite the spring chill, with two games from last session making a reappearance and some new players learning them. There were a lot of games involving villagers, crafting, building, or topically fighting epidemics.

Early arrivals started with a quick game of For Sale, a two-stage property acquisition and then sale game. This is a simple card game with some nice artwork with properties ranging from a saggy cardboard box to a space station. Can you use your seed funds to buy a good range of properties and then predict which real estate your opponents will sell each round to make the most profit from yours? 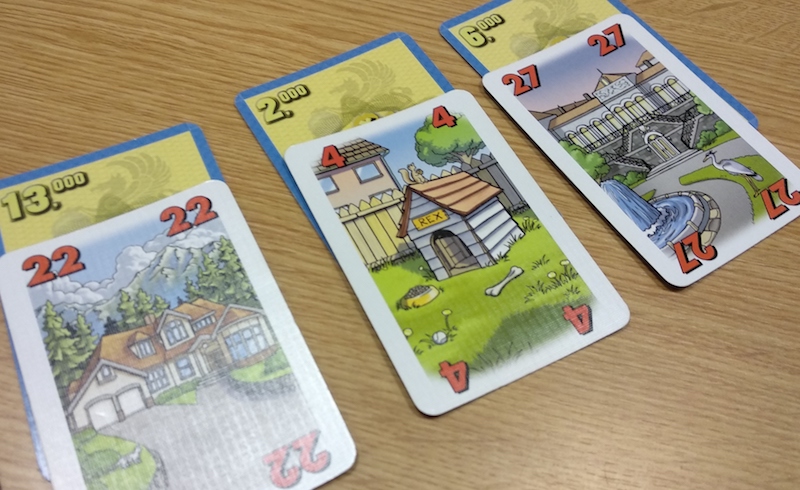 We then quickly broke up into three games tables and an RPG continuing the ongoing Blades in the Dark saga.

Catherine D. led a 3-player game of Isle of Skye. This is a tile auctioning and placement game developing your clan lands over six rounds, with different preset goals per round. Completed areas and trade resources like whisky, sheep and highland cows can bring in victory points, but you need to keep an eye on the rival clans to set your auction prices right to benefit from or stop them adding certain tile types to their lands. 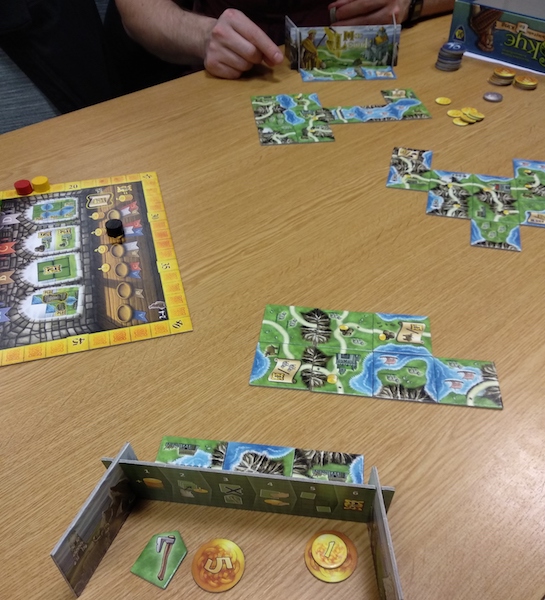 Simon W. taught another 4-player group Eminent Domain, developing their civilisations through deck building. This week’s group were equally confused by this game at the start! It is a weird mix of deck building (but not quite like the standard format, i.e. Dominion, as every card you can buy is unique); with some role selection (a bit like Puerto Rico, more like Race/Roll for the Galaxy or Glory to Rome); and at its heart is a race game (end the game quickly, and while you’re in the lead). This time all four players focused on colonising, which accelerated the speed of the game. Scores are typically low (20-30), so managing to settle that three point planet in the final turn can make the difference. 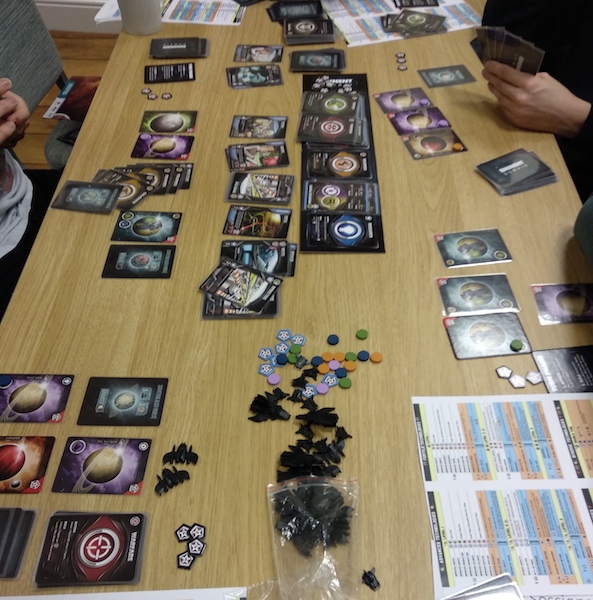 Meanwhile, Kathy J. led a 4-player game of Wingspan, a well designed game with nice artwork and interesting facts about the birds you are attracting to your reserves. There are a lot of ways to earn victory points and so there is a lot to learn and experiment with. After a first play to get a feel for that variety and balance it sounded like we had some more fans wanting to try this game again or add it to their own collection. Although it was quite a close game, in the end it was two largely egg based strategies that did best. The cowbirds ability to lay eggs during another players eggs phase had them benefitting nicely from the player that had developed the grasslands biome (which generates eggs). They were making much use of that ability and with their sparrow and crow combo, which was generating lots of eggs, then turning some into food! 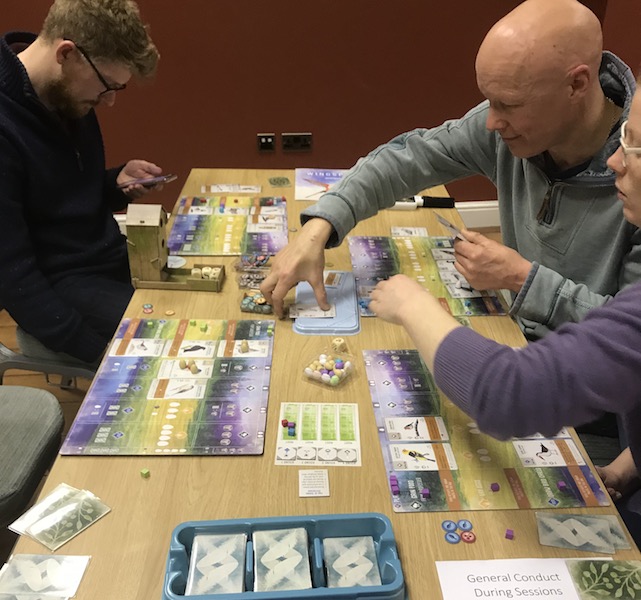 Isle of Skye and Eminent Domain finished at a similar time leading to a table reshuffle and Alex starting a 3-player game of Villagers and Simon W. and Catherine D. explaining Via Nebula for a 4-player game.

Villagers revolves around attracting skilled refugees travelling along the nearby road to join your new village. The various skills are all interlinked so you need to select the right mix of craftspeople with a range of skills to your village and build on those combinations to make the village prosperous. 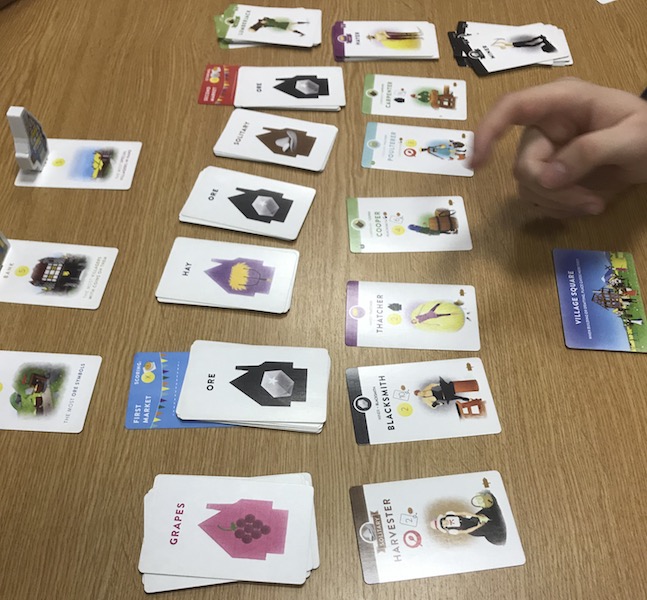 Via Nebula is an action point and network building game by the great (and devisive) Martin Wallace. Each turn you have two action points to either clear the nearby mists, explore resources, gather resources, or build. Mist clearing reveals new production or building sites, but all players can now use these. Building requires contracts to be completed and those need resources and transport links. Finished contracts provide unique bonuses. The game ends when a player finishes their fifth construction. For Martin Wallace fans, there are strands of Age of Steam (or Steam) flowing through this game, combined with the fixed set of actions and perform two actions so familiar from many of his games (Brass, Age of Industry, Study in Emerald, etc). Like Emenient Domain played earlier, scores in this game are low (15-25 typically), so every single point matters. 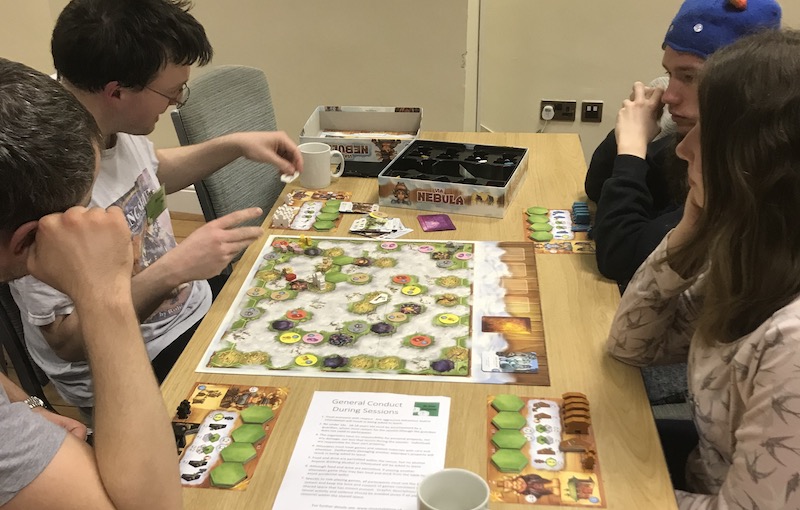 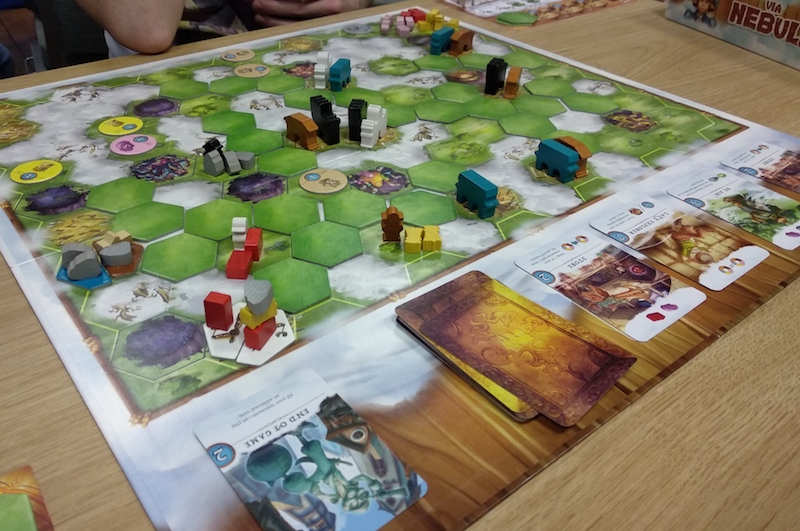 On the RPG table Sean J. led a short Blades in the Dark adventure in the ongoing campaign world. The two available cult members had a tricky possession problem to solve, read more about it here. Then the team tried to take on a Pandemic, trying to cooperatively eradicate four deadly diseases around the globe. Unfortunately, the Asian red plague and African yellow contagion could not be kept in check whilst the vaccines were researched. 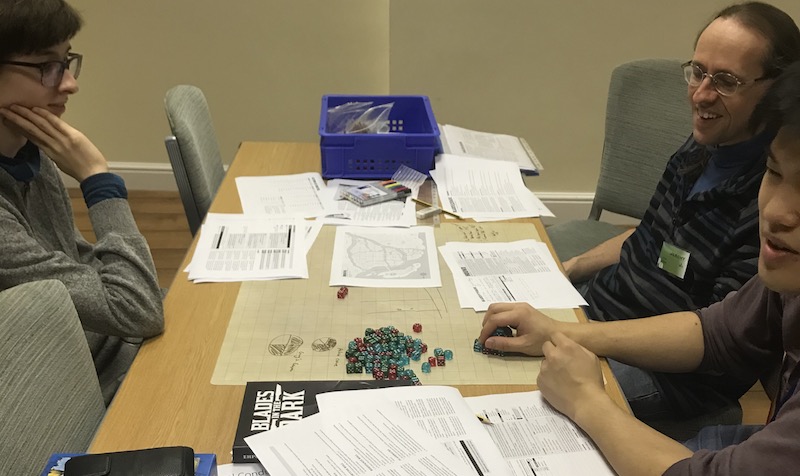 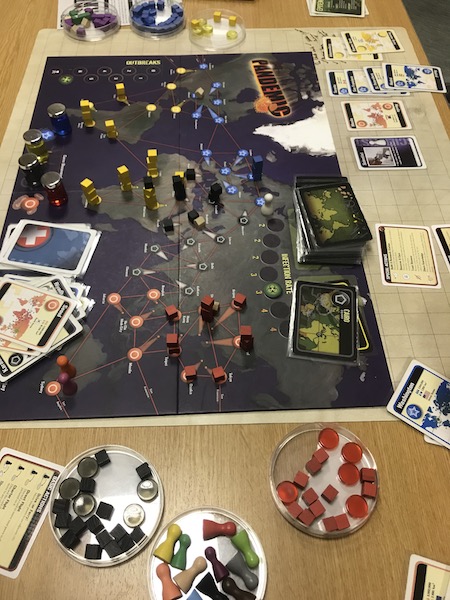 Once Villagers had finished, another reshuffle resulted in a 4-player game of 7 Wonders. This is another game seeing quite a steady inclusion in sessions, this being its fourth appearance on the tables. 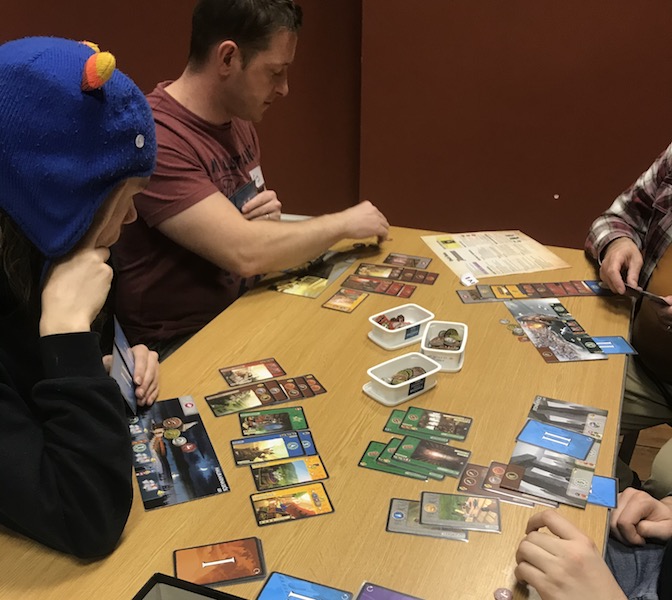 Finally, the remaining four attendees tried their hand at The Shipwreck Arcana, a maths based deduction game with a tarot card art theme. After a good start there were a couple of mistakes and forced guesses due to cards about to fade leading to the doom clock almost advancing to the end. However, the final make or break clue proved distinguishing enough and the correct fate value was identified leading to a very narrow victory.

As usual for any game requests for future sessions, please contact us on Discord, Facebook, or Twitter. There is already a request for Clank the deck building dungeon exploring game at the next session (see session 8 blog for a quick review of its last outing).