We had 19 people this session, making it the new record breaker for both total number of attendees and biggest RPG game! It included competitive birding, civilisation building, ninja training, and a first trial of an escape room in a box.

The session started again with a quick couple of games of The City while we waited for all to arrive.

After that a 5-player game of Wingspan led by Catherine D. started, a special advance request from the Discord users. Wingspan is all about attracting a variety of birds to your nature reserve. It has a number of methods of scoring victory points, such as attracting high-point birds, meeting end of round goals or secret individual goals, “tucking” (predating on) other birds, stashing food, or laying eggs. Birds have different abilities based on their real life counterparts and can interact to chain those abilities. In the end, a very well-fed Snow Bunting won the game for Digger! 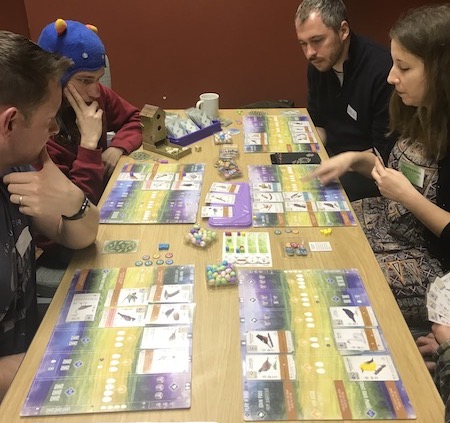 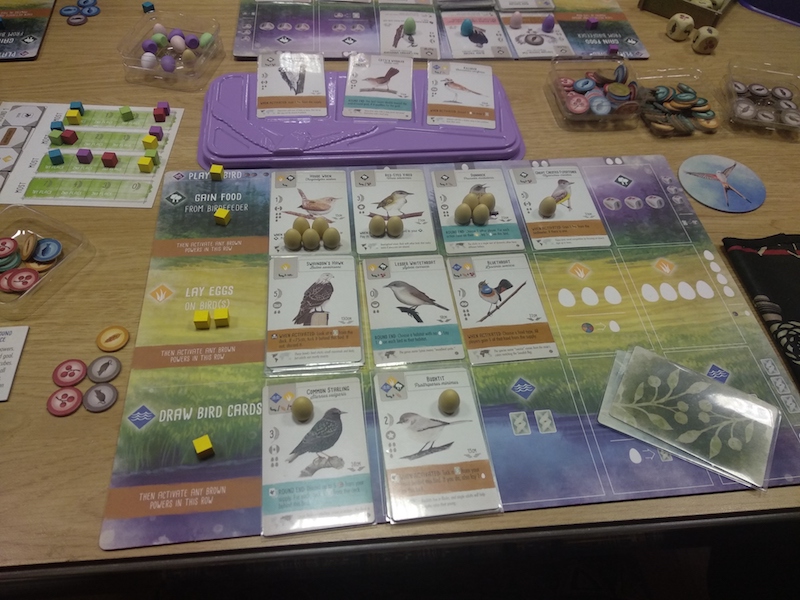 Meanwhile, a table of four led by Simon W. tried Eminent Domain, a deck-building civilisation game. Every turn you must choose a Role to perform and in doing so you add one of those Role cards to your deck. When executing a Role, you can boost its effect by playing cards out of your hand matching the Role you have chosen. For example, the more you Research, the better you get at Researching (because you’ll have more Research cards in your deck). After a first game to learn the rules the table played a second game (in about half the time of the first!). 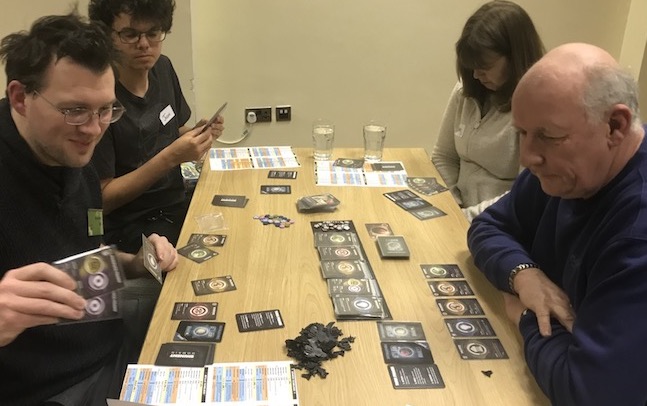 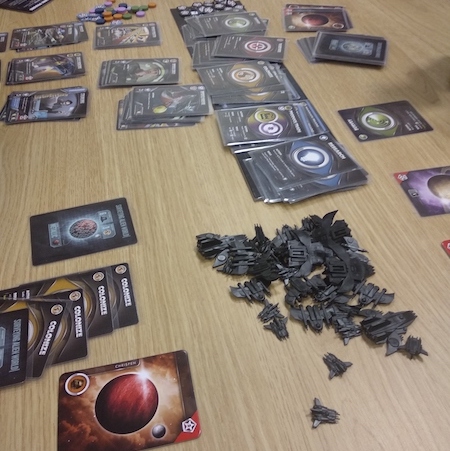 On the final games table, Kathy J. led a 3-player game of Magical Athlete. This is an incredibly simple game but with a lot of replay value. First you draft your team from a diverse selection of fantasy characters including pirate, siren, cupid, philosopher, demon, necromancer, amazon, and merchant. Then there is a series of races where you secretly choose from your available team, with successive races worth more points for first and second place. Then you race, literally just rolling the dice on your turn for first past the finish line 25 spaces away, except for each characters special abilities. These range from benefitting your character to improve your roll or swap places with others, handicapping the opposition, negating other characters powers, or odder ones like predicting the outcome of the race to then come second, or assassinating another random character. The fun part is all the interactions between the different abilities. We had centaur kicking people back as he overtook only for siren to summon racers towards her, the ninja shadowing characters on the same space as him while the priest was benevolently moving the last place person forward two spaces and gaining an extra one himself, leading to some tight or unexpected twists to get past the finish line.

After a tea break, the three players tried another simple game Ninja Camp, with teams of four animal ninjas leaping, dodging and ambushing each other around an 8x7 grid. Each time a ninja moves off a card in the grid the card is removed from play and then the skill on the card can be used to move another ninja in a future turn. You start with two basic moves and a once only special animal ninja move, then have to balance collecting the cards with the most victory points with those skills that will later get your ninjas out of dead ends and end your game when you have no valid moves left. Finally you add up the victory points on all the cards collected. In this game team Armadillo narrowly beat the Flying squirrels with Penguins not far behind. 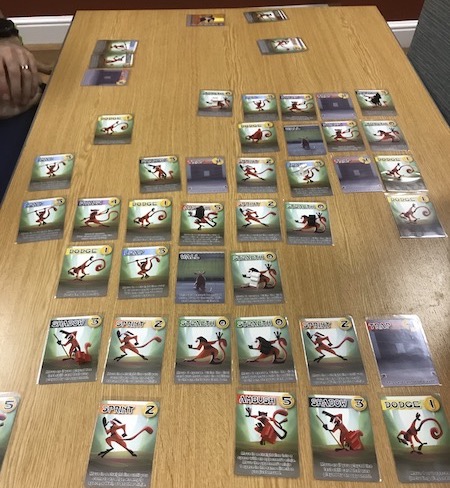 Finally, those seven that could stay later tried Unlock!: Heroic Adventures. This is a slightly different type of game, an escape room in a box (plus an app on a tablet/phone). After the quick “Escape the office” tutorial to learn the basics of code, machine and item cards, we tried the entry level game “Insert coin” based on retro arcade games. The game makes use of an app as a timer, code checker, and to simulate machines such as a torch which uses the camera in the tablet to modify what you can see on the cards and reveal more clues. After battling through Donkey Kong, Tetris, Space Invaders and Street Fighter type levels, the team rescued the kidnapped princess and escaped the arcade game. A different type of game with a variety of challenges but with some good collaborative puzzle solving it was a satisfying way to end the night. 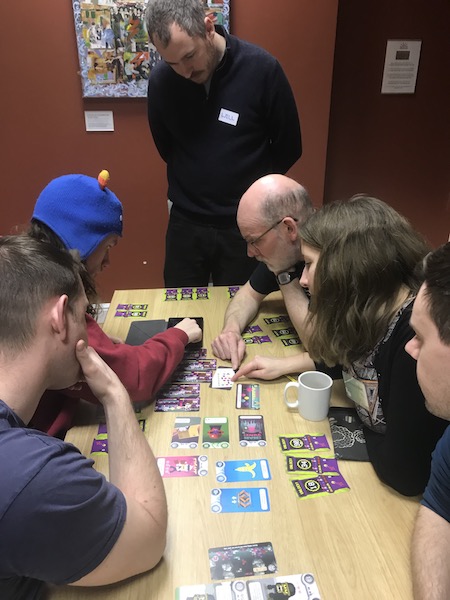 Throughout these board games, Ross D. led six players, in the ongoing Blades in the Dark campaign. This week saw the cult members have to lay to rest the ghostly arm of Dave, which entailed surviving a ghost ship and blowing up many things (and some people) whilst trying to retrieve a demon artifact - read more about it… 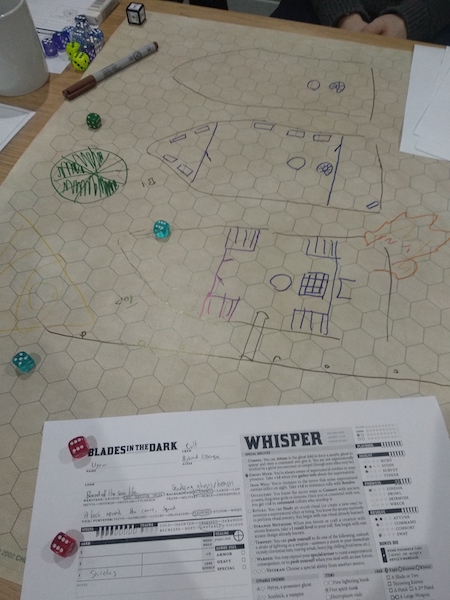