Our second session had good attendance with 9 returning players and 5 new gamers joining, which let the session start with 4 active tables. In fact it was so active that we rearranged the RPG table so they could better interact, while the board gamers explained rules for new players and in one case rolled lots of dice. The RPG table was where John led a lively Cthulhu Dark one-shot session, with 4 adventurers going on a journey through time in the village of Dunwich and resulting in some of the crew descending into insanity. 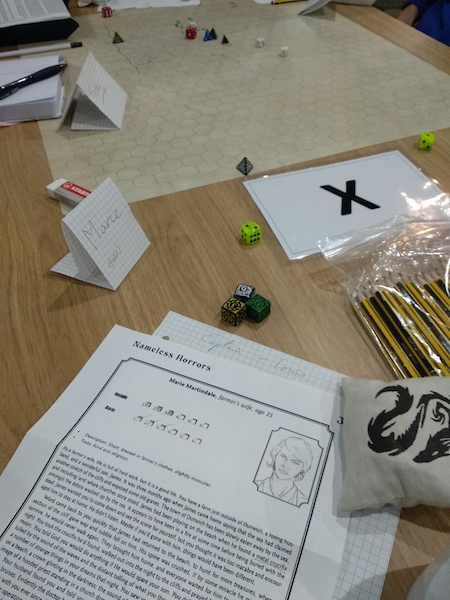 Jeremy J. started a 3-player game of Tikal, a game of exploration and archaeological plundering in the forests of Guatemala, which was close until the last scoring round. Simon W. led a 3-player game of 7 Wonders, a card laying development game with an ancient history theme. Alex taught Dice Hospital to 2 new players, which resulted in a very tight finish with all 3 players on the same score through healing patients until you factored in the negative points for those in the mortuary! 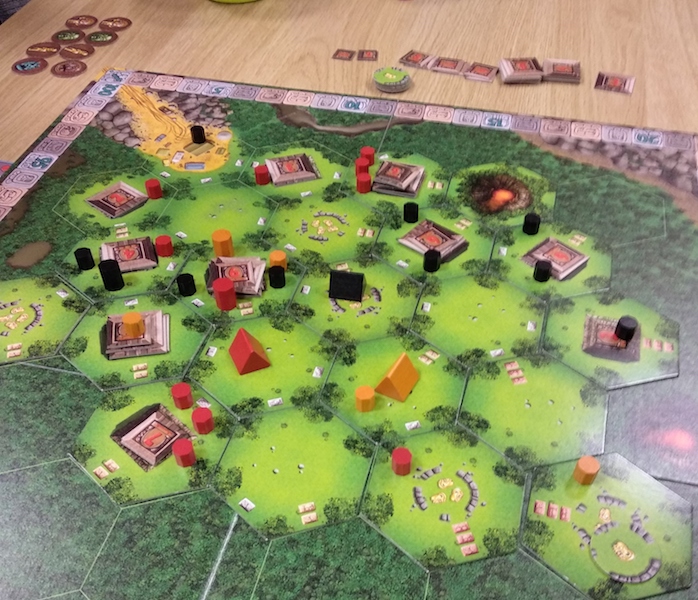 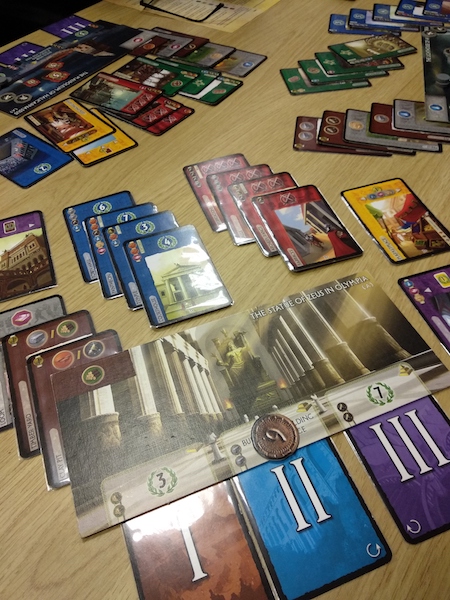 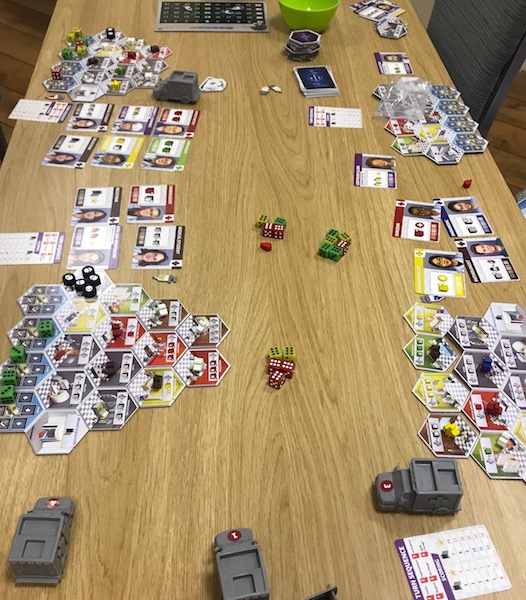 All 3 games conveniently finished within 5 minutes of each other and, after a tea break (all the hot beverage drinking gamers seem to prefer tea, though coffee, squash and biscuits are available) and a table reshuffle, the remaining 8 players split into 2 new 4-player tables.

Catherine D. led a game of Kanagawa, a Japanese themed painting game where you develop a panorama over a series of rounds. Alex led another new game, Quadropolis, a city building game with architects competing over the civic structures they can use to develop their city. 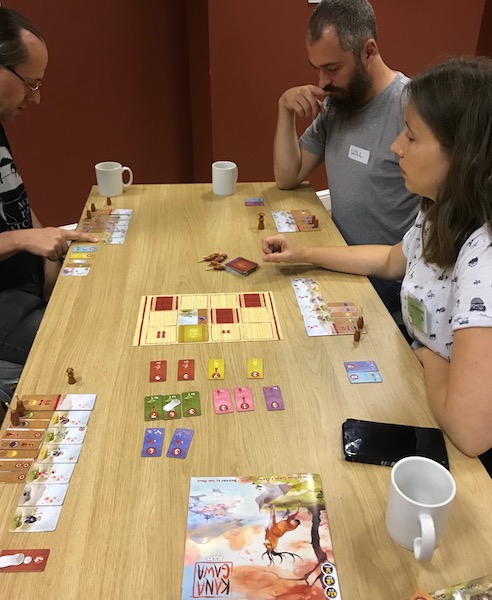 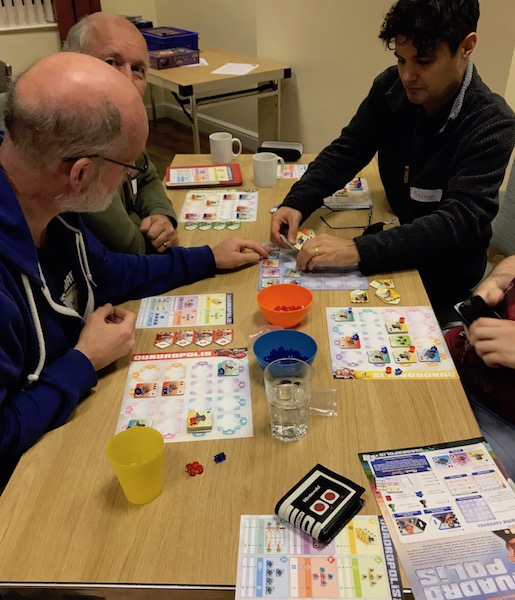 Finally those games finished almost simultaneously and with another reshuffle the evening ended with some shorter games, a 4-player game of Kingdomino and a series of 3 quick bouts of Seven Dragons. Both have a domino tile laying mechanic; Kingdomino building a kingdom with 6 different terrain types and Seven Dragons trying to connect dragons of your secret colour.

Thanks to players who brought their own games and were willing to teach them. Let us know if you have any suggestions for the next session on the 9th of October on Facebook, Discord or by email.