We had 12 gamers attending this session, 11 returners and 1 new member. The big game of the evening was Gaia Project, with a table of enthusiastic players that had been lined up in advance on Discord. Everdell was out for a third session in a row, and The Quest for El Dorado was a new game for club night, rounding off the longer games with the 3 tables nicely split with 4 gamers each.

But first, the early games out were Northern Pacific and Ecosystem. Northern Pacific (back from sessions 13 and 22) is a train themed game, but the mechanic is more focused on betting on which stations the track will go through, and placing your markers there, then trying to influence the route across the map. It is a fairly simple game with best of 3 rounds, where each turn you either place 1 of your cubes to bet on a station, or place a train to set the route, which can only be from east to west never turning back on itself. The game is a triple race across a map of the United States to claim the next frontier station with some backstabbing as you guide the rails away from your opponents claims.

Ecosystem is more about space, putting animal and terrain cards in the optimal spaces in a 5 by 4 grid to score the most points, where each card type has a different scoring rule and diversity of cards played is rewarded.

Gaia Project is a space themed game based on the mechanics of Terra Mystica. This is quite a heavy weight game and took most of the first hour to explain the rules and get going. Then the players settled in and began claiming sectors for their factions, terraforming them into their home environment and developing skills for additional bonuses. 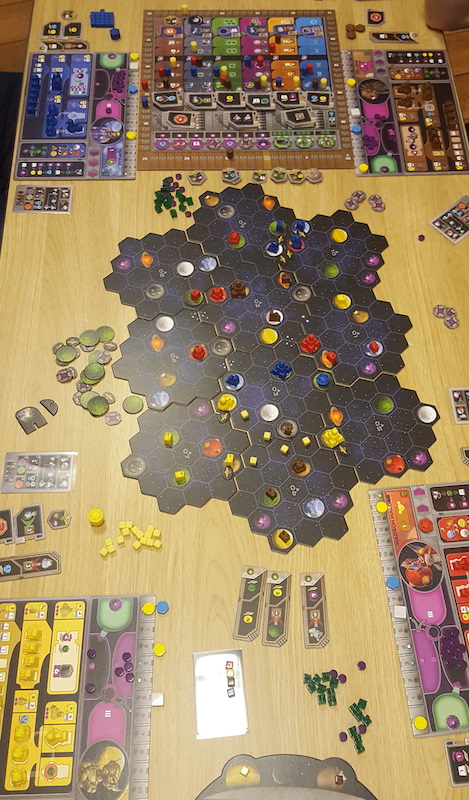 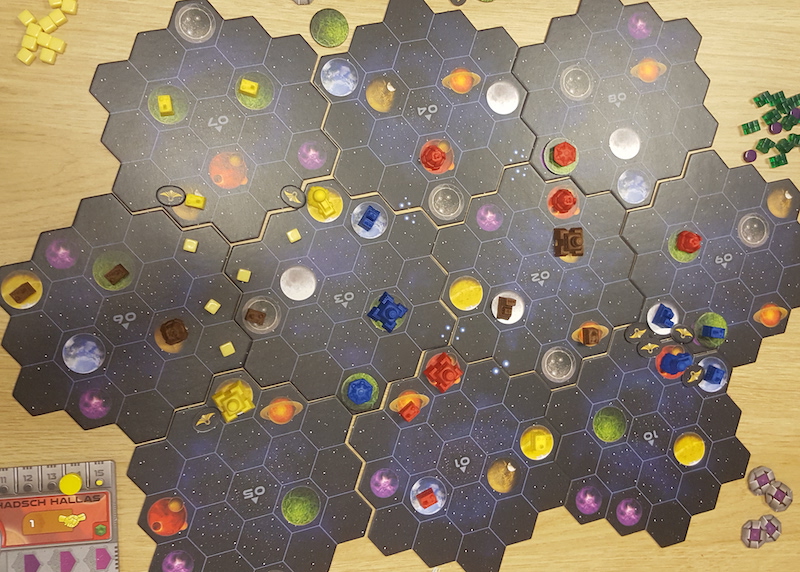 The Quest for El Dorado is a race game, players are expedition leaders trekking through the jungles of South America to be the first to reach the fabled city and its riches. It is a deck building game with mechanics similar to Clank, where you have a starter deck that you need to extend with cards bought from a market to enable you to overcome the more difficult parts of the map. You discard cards to either buy cards or discard a matching card to traverse a terrain hexagon. The maps are made from larger terrain hexes that can be combined in different ways, and so there is a lot of replay value. 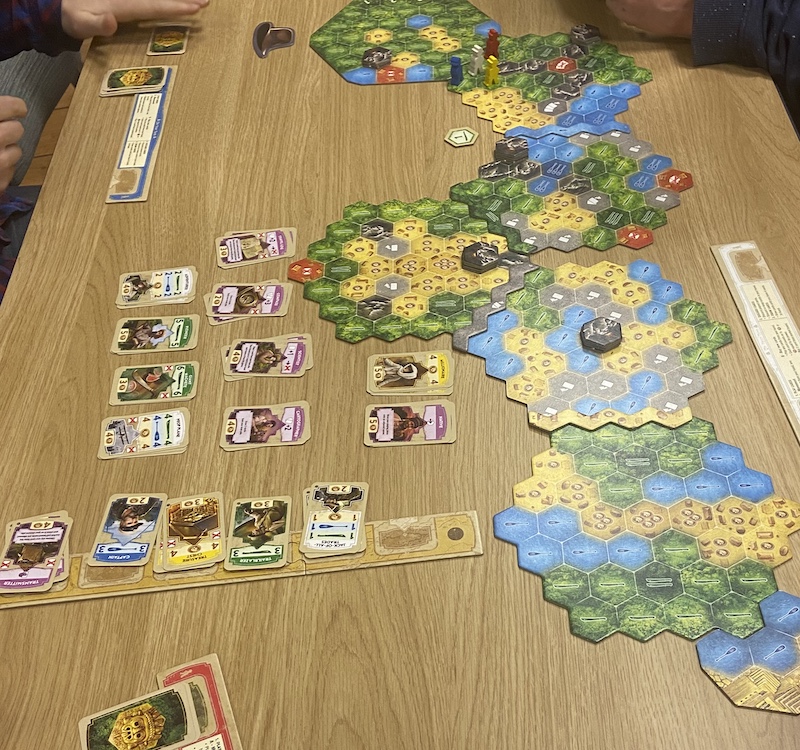 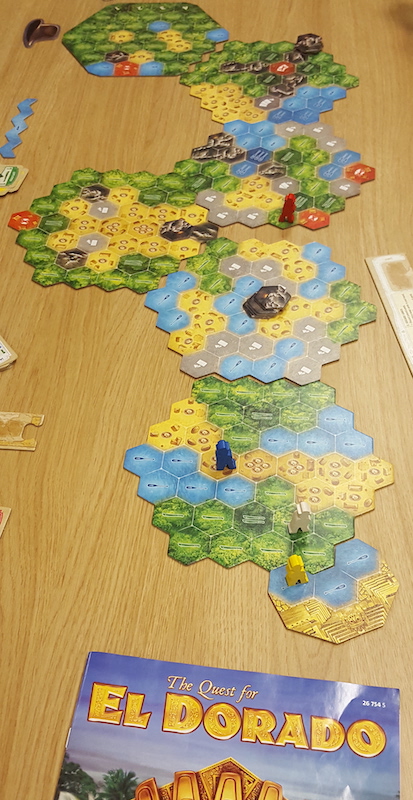 Everdell is still proving popular with some members still coveting a spot on the 4 seats available each game. This session the victory boiled down to a difference in tactics with 2 players filling up all the spaces in their woodland city, but the eventual winner, in a very close game, had managed to select the locations and critters associated with 2 of the special events and that tipped the scores in their favour. 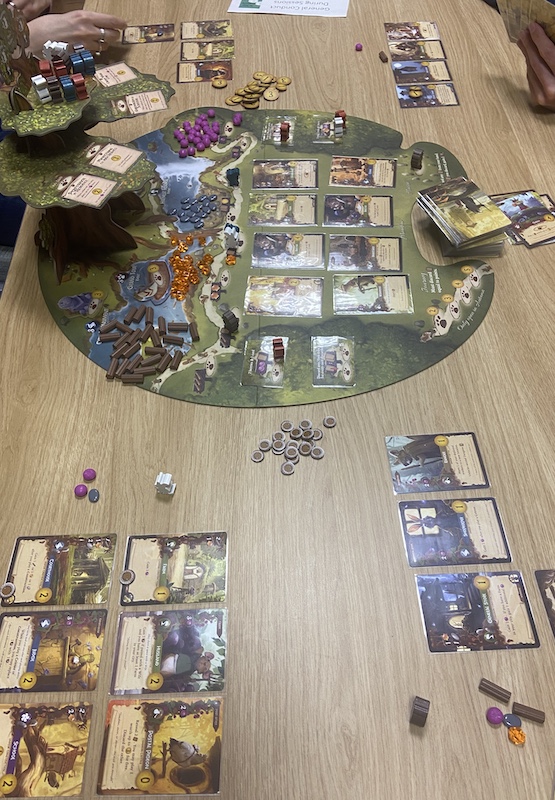 When El Dorado finished the remaining players had a few games of The City, while the Everdell table switched to The Crew: Quest for Planet Nine, both being quick games and table fillers back from Session 24. These games also tick the boxes to match the blog title with The City again being about filling up tableau spaces to optimise scores from your city, while The Crew is another space themed game with a cooperative trick taking mechanism.

This was a slightly quieter night with 7 different games on the tables, but a nice selection of club favourites, pre-planned and spontaneous game choices, and getting some member games out for more variety. Join in the pre-session chat on Discord if you want to discuss any games or suggest any games you would like to try or bring along to try with new people. The next session is on 23rd March.