This was another 3 table session with 11 attendees (all returners) playing a varied selection of game themes and mechanisms.

Early joiners tried a quick(ish) game of Gloom, where the aim is to make your family of misfits as miserable as possible, then kill them off before your opponents play nice events on them. The winner is the player with the lowest total family score. It is a somewhat dark humoured game and with an interesting transparent card mechanism that is used to modify the misery value of your family members. It is a light-weight story-telling ice-breaker where you pile on improbable events, such as “Pursued by Poodles” or “Widowed at the Wedding”, or conversely need to negate “Delighted by Ducklings” or “Blessed by the Bishop” before deciding the time is right to put that family member out of their misery - “was pushed down the stairs” or “ran out of air”. 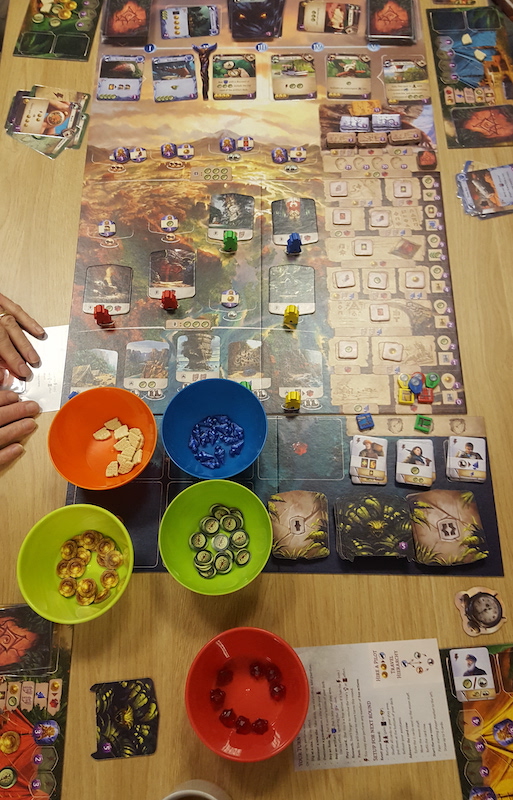 Kathy J. set up Lost Ruins of Arnak, a very attractive exploration themed game that has been receiving good reviews in the gaming world, and which a number of members had requested for the session. The game takes around 30 minutes per player, with a little extra time this session to explain the rules, but after the first round everyone had picked up the mechanics and were busy exploring the island, discovering guardians, buying items, and discovering artefacts to help with the later rounds focused more on archaeological research. Although there were some very different play styles, as there are multiple ways to earn victory points, the final scores were quite close with a spread between 59 and 67. In the end a little luck with the final items available to purchase tipped the balance. 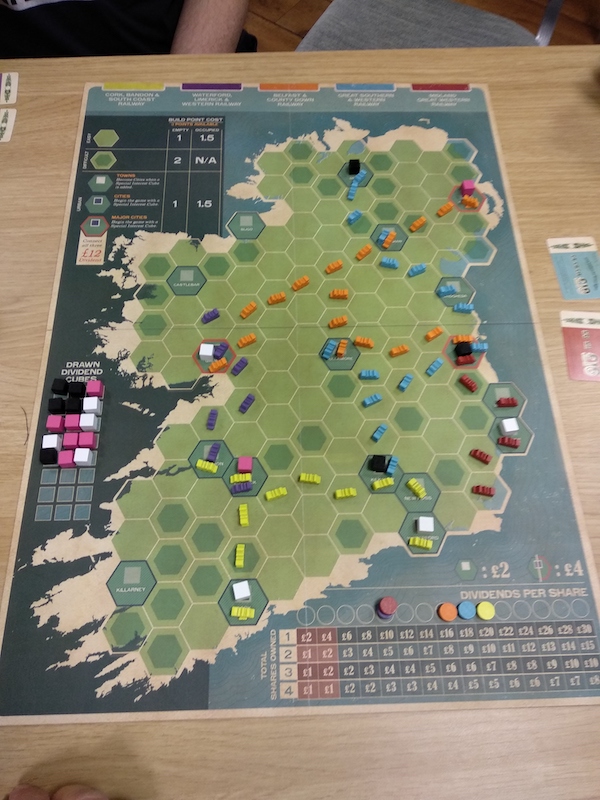 Simon W. was very keen to try out his shiny new copy of Irish Gauge, a train route and trading game with a backstabbing element, pitched to everyone as “choo choo stab stab”. This started out quite amicably building train routes and having auctions to buy shares in the train companies, and then earning dividends on the routes. This was until the final couple of turns where the scarcity of cubes in the game - used for dividends and special interest points (cities) - meant that players managed to make certain train companies end up being worthless due to a lack of cubes for dividends! Even so, it was a close game with scores of 86, 89 and 90 pounds! 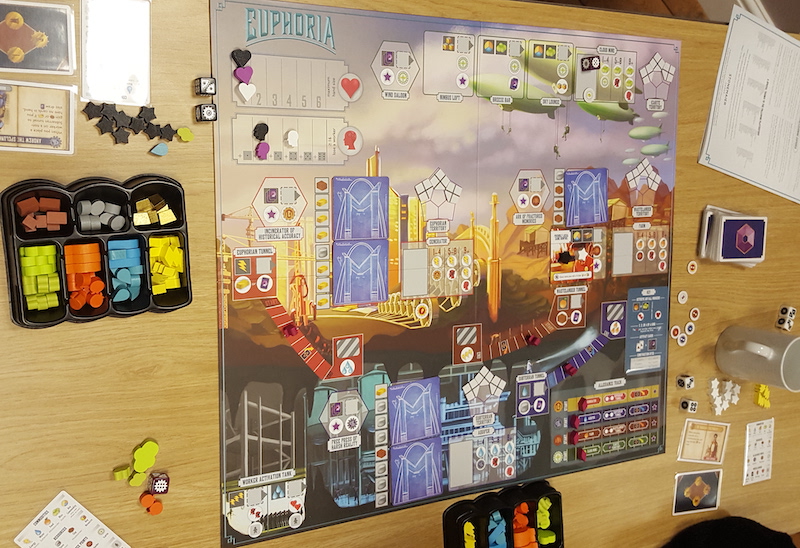 On the third table, Ross D. was happy to demonstrate Euphoria, a dice worker placement set collection game where the aim is to build a better dystopia! 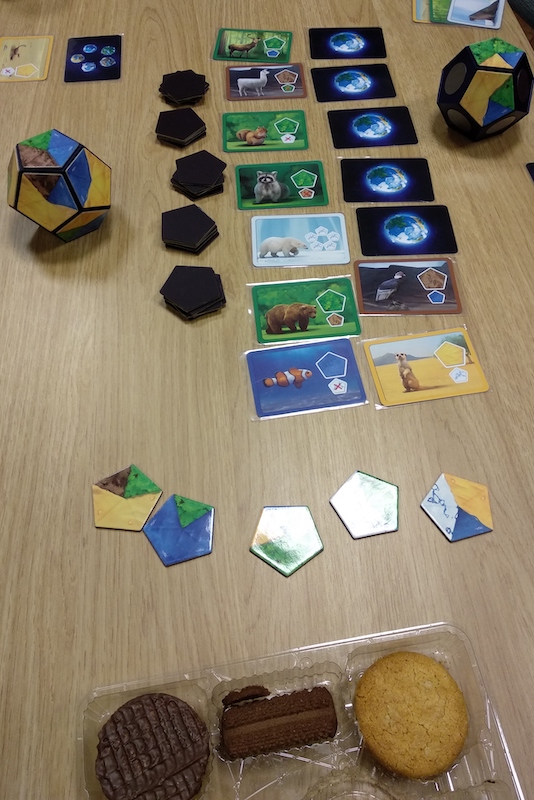 Tables also played some quick games of Planet and For Sale to fill in some time and see when the other longer games would finish. These games have been played at previous sessions (see blogs 4 and 7).

As Arnak was just reaching the final round the other 2 tables joined together for a 7-player game of 7 Wonders to finish the evening. A commercial based strategy from the Pyramids of Gizah proved just enough to seal the victory.

As always please suggest games you would like us to bring and teach, or suggest your own games to bring to the next session to introduce to others.