Some of the regulars were ill and so this session we had 10 players, 9 returners and 1 new joiner, trying some new longer games and a few favourite quick games.

The Shipwreck Arcana was back to start the session for the first time since lockdown. This is a game with tarot art style cards where players cooperate to guess each others secret number through the use of maths clues. 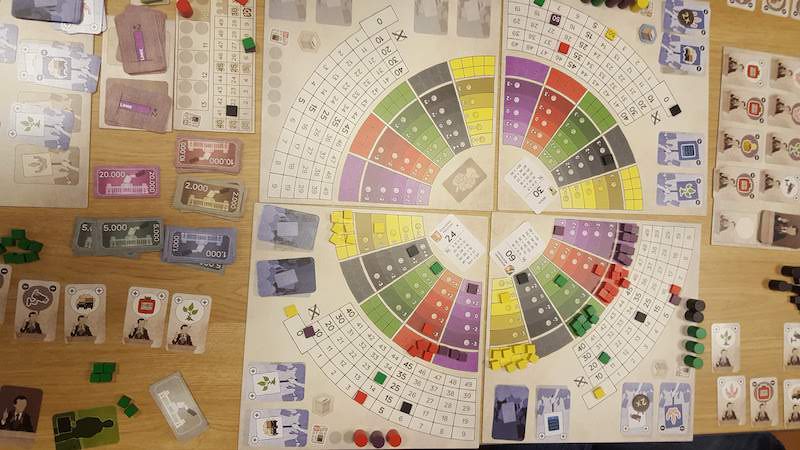 Iain D. had requested a game of Die Macher on the club Facebook page before the session, having tried it at a convention, and hosted a 5-player game. This is a game about 7 sequential political races in different regions of Germany. Players are in charge of national political parties, and must manage limited resources to help their party to victory. 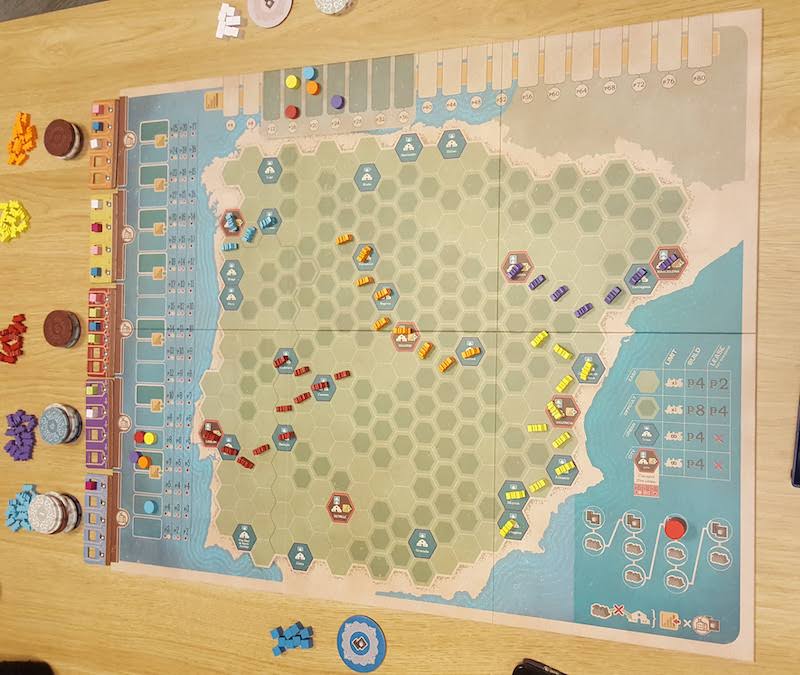 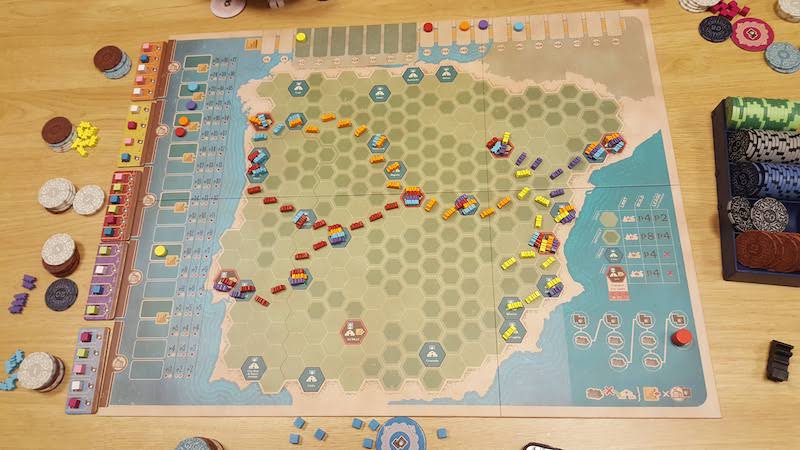 Simon W. had brought the next in the Cube Rails series along and taught a game of Iberian Gauge to a 5-player table for some that had already played Irish Gauge (sessions 15 and 18) and some new to the game type. The aim is to build the best railway company by investing, building tracks and leasing them to the competition. 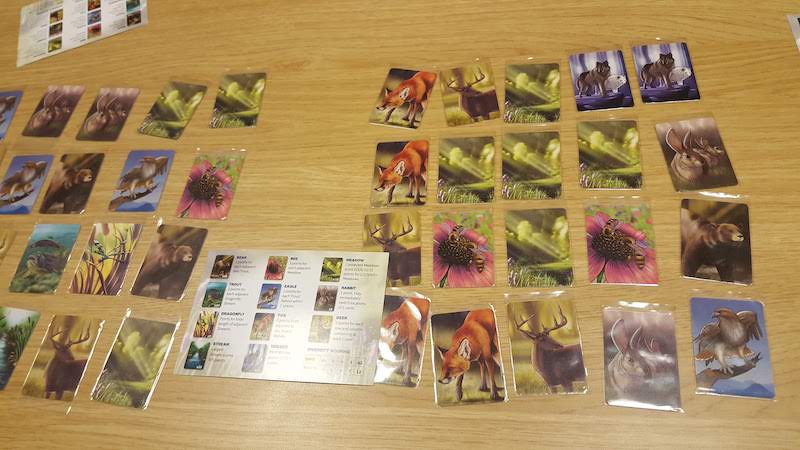 The table then finished with Ecosystem, back for a fourth session, building a 5x4 grid of animals and habitats, where careful placement of the cards and diversity is rewarded.

This was a quieter session with 2 tables active through the night, but good to be able to try out another member request. Keep letting us know if you have some suggestions to play on the next game nights.

The next session (1st December) and the last of 2021 will be a free charity fundraising night with a bake sale, raffle, and all donations on the door going to charity. Hope to see you there!