Twenty Ninth Session - May the Fourth be with You

It was a slightly smaller session this week with 9 gamers, 4 taking on the topical challenge of the date with Star Wars: Outer Rim, while the other table messed with trains and Roman diplomacy. 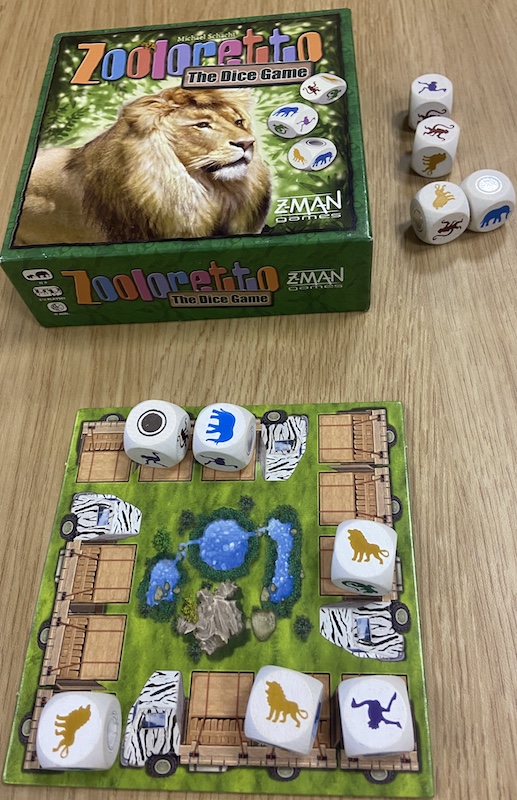 We had only 1 quick game this session, Zooloretto: The Dice Game. Using the same basic rules from Coloretto (played in Session 27), this is a quicker simpler version with an animal theme. You either roll the dice and place the resulting animals in trailers, or collect dice that are already in the trailers and finish your stake in that round. Filling your zoo with the various animal types brings in victory points, collecting too many of a type has a negative score (which can be negated if enough coins have been collected), and the first to fill each animal type gets a bonus. This is a game so simple to teach and quick to play that we had 3 goes and Scarlett J. won every one, though the scores were pretty close. 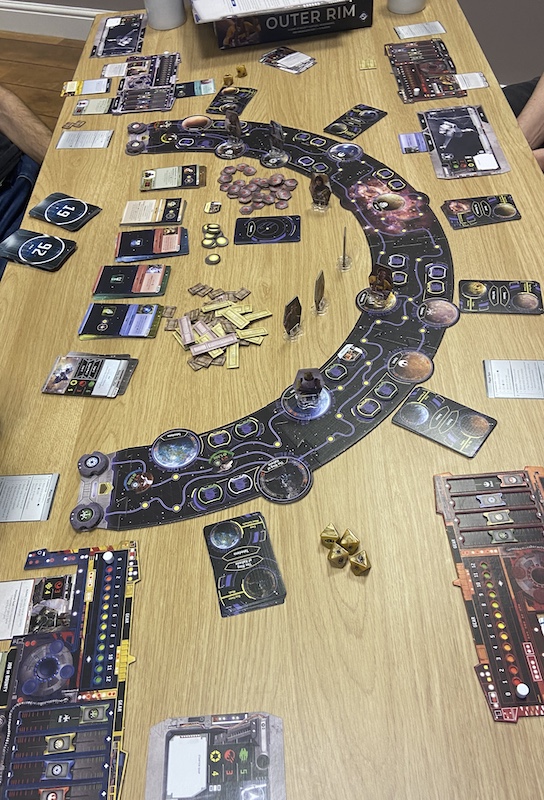 As Star Wars: Outer Rim is a long game, Neil O. set it up early and encouraged the first 4 arrivals to choose an outlaw & spaceship and start exploring the Outer Rim. Players hire iconic Star Wars characters and take on dangerous jobs; tracking down bounties, delivering cargo, and upgrading their ship to acquire fame. The first to 10 points wins. There are a variety of ways to acquire fame and work with or against the other players and factions in a galaxy far, far away. 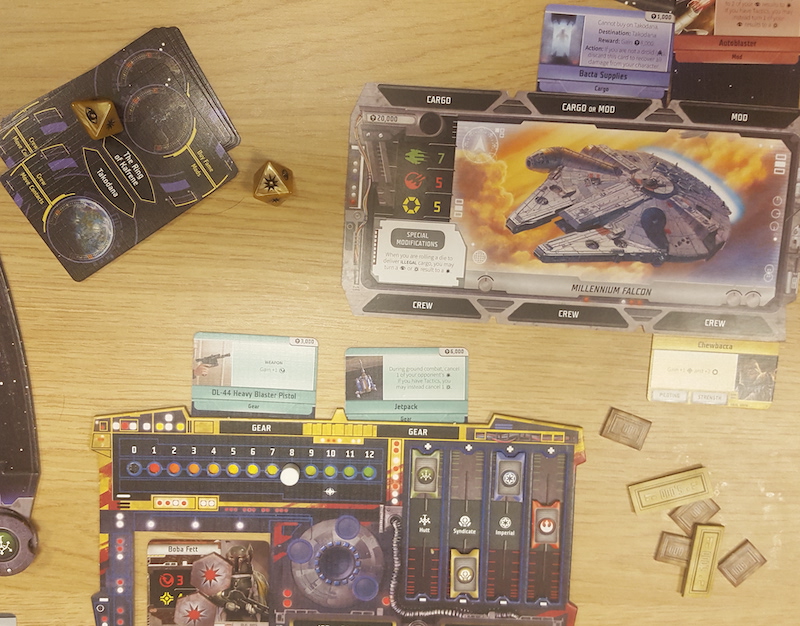 The second table of 5 players had a tough choice between three of Simon W.’s train games. In the end it was Irish Gauge back for a third session, last seen in Session 18. So began the cut-throat trading and railway building across Ireland. In the end the shares in 3 of the 5 companies were fairly evenly distributed across 3 players and so they all ended up on the same final score and joint 2nd equal, but Simon W. had done a better job of acquiring the best stocks at the right prices and claimed victory (still a very close game). The random draw for dividends adds enough uncertainty that there is no “perfect play”, and being relatively short (for a train game) means mistakes and bad luck don’t linger for too long. 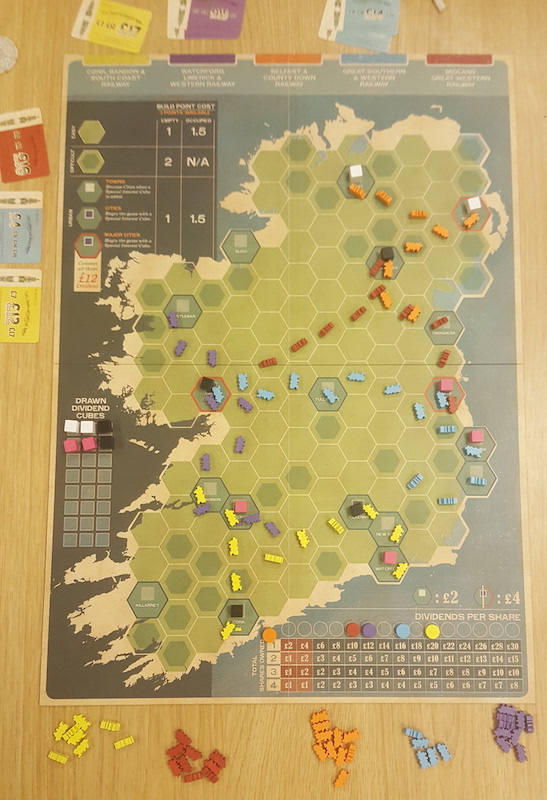 After the trains it was time for a change of pace and game style with Quo Vadis?. This is a classic Reiner Knizia game coming from 1991; at 31 years old this might be one of the oldest games we’ve played at the club. It is an almost pure negotiation game where gamers must convince the others to vote them up through a series of committees to become a senator. You need to carefully balance victory point tokens acquired versus gaining a senatorial position, as only senators can be in it to win it, but use too many as bribes and you won’t have the prestige to be the overall winner.

In the end Star Wars: Outer Rim finished just minutes before Quo Vadis? at around 11pm so we decided to call it a night. The next session is May 18th. We hope to see you there and look forward to seeing which games get selected, there have been some interesting suggestions brought in recently. If you want to try one of the longer games let us know on Discord in advance and we can get that setup early and try and matchmake some players.