It was the first session of the St. Ives Tabletop gaming club on the of 11th September and we weren’t sure what to expect. So it was great to be joined by some new keen gamers and after a little deliberation we worked out how to split up based on peoples games preferences and had 3 tables running.

Ross D. was Gamesmaster for a Scum and Villainy space-themed role playing game, which saw 2 bounty hunters navigate a series of scrapes and chases but eventually successfully catch their targets. 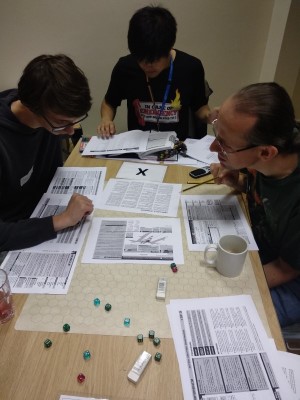 Catherine D. hosted a competitive board games table with a 4-player game of Carcassonne, a worker placement game based around the many walled medieval towns of southern France. This was quickly followed by Ticket to Ride: Europe, a race to grab the necessary and often hotly contested train routes around Europe required to complete the ticket criteria for additional victory points. 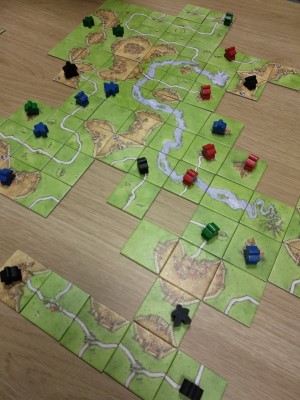 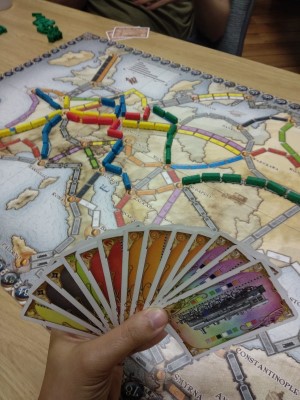 Kathy J. hosted a cooperative game of 5-player Forbidden Island with some excellent team artefact acquisition then a race to the helicopter against the rapidly rising waters, but the team eventually sank beneath the waves with their ill gotten gains. Then the table went competitive with a game of Cleopatra and the Society of Architects - no one had played before but quickly picked up the marketplace and building mechanic. However, a couple of players were caught out when the game victory conditions were met earlier than expected and they had a full pyramid of corruption from their use of dodgy building materials. It sounded like this game might get another play in a future session now some of the subtleties of the gameplay are clearer. 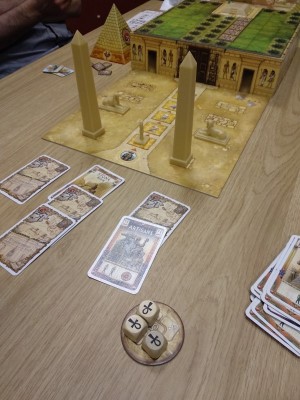 Then we reformed the tables with those who could stay on for a quick final game and gave Planet an outing. This is a simple game adding magnetic terrain tiles to a planet core with the aim to attract different animals that have different terrain preferences. At the end of the night thinking about tile placement around a 3D dodecahedron was getting tricky, but everyone enjoyed the novel game format and animal theme. 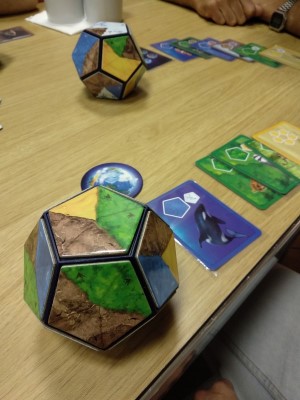 If you are interested in knowing more about the games played then please follow the links below to the review pages. Otherwise, we look forward to the next session on the 25th and hope to get another diverse set of games running. Let us know if you have any games suggestions and then we can make sure to bring them along.