Nine people turned out despite the cold for this session, including one new member, which included settling on Mars, battling evil to defeat Sauron, and building the best zoo.

The session started again with a quick game of Speed Cups, the colourful cup stacking game. But we were no match for the hand eye coordination and manual dexterity of Simon W. and Digger. 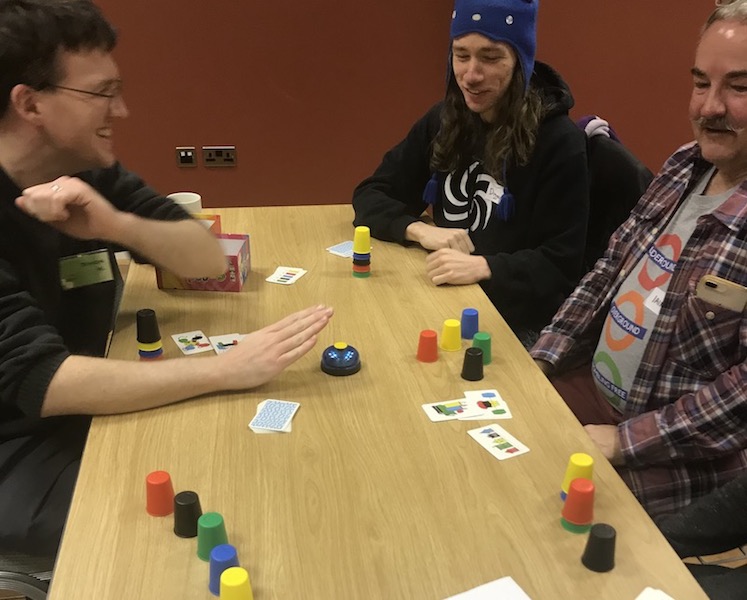 After that we moved on to a 5-player game of Kingdomino with the Age of Giants expansion. Another popular quick game, building a kingdom with domino like tiles featuring six different terrains. The Age of Giants expansion adds some new tiles with giants that stand on and prevent scoring from some of your crowns, and footprint tiles that let you move the giants into an opponents kingdom. There are also some endgame special scoring bonus tiles, usually relating to getting terrain tiles in certain locations in your kingdom grid, which gives some variety and additional strategy to the game. 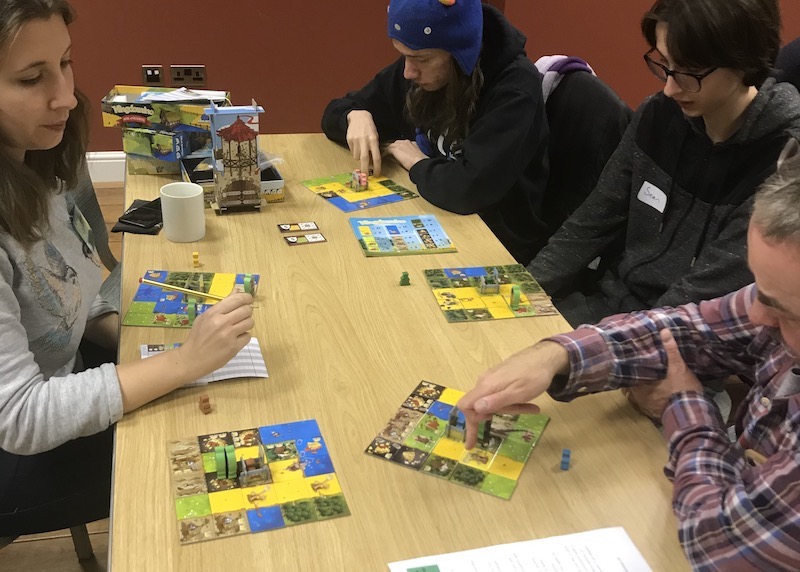 Now that everyone had arrived we split into three tables; Terraforming Mars, Lord of the Rings, and Blades in the Dark.

Terraforming Mars is a returning game with Simon “I’m going to have to science the $#%@ out of this” W. leading some new players and some repeat colonisers in this complex but engrossing game to settle the red planet. 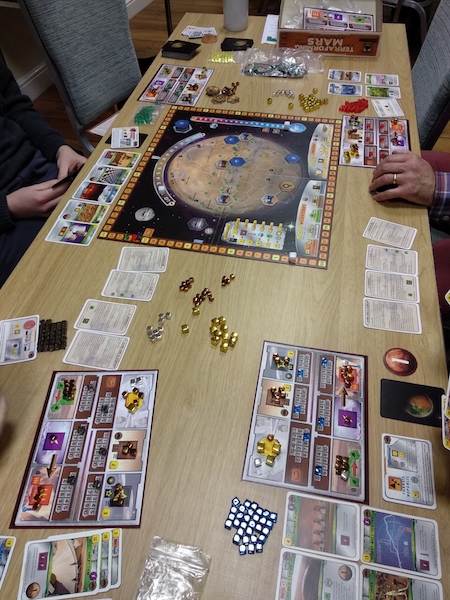 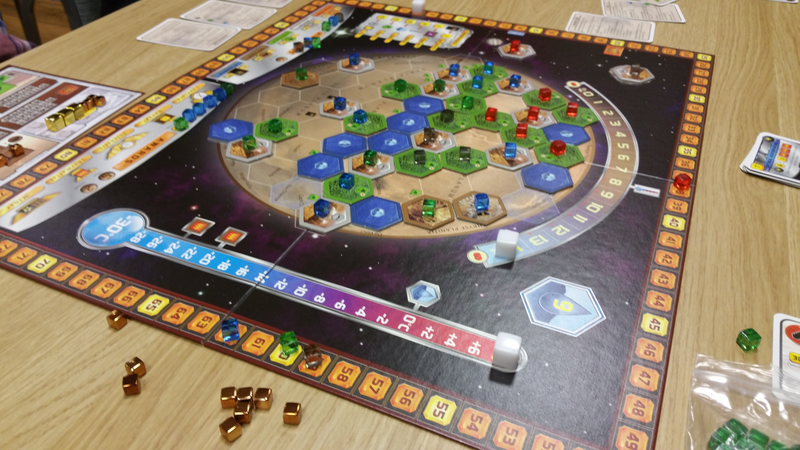 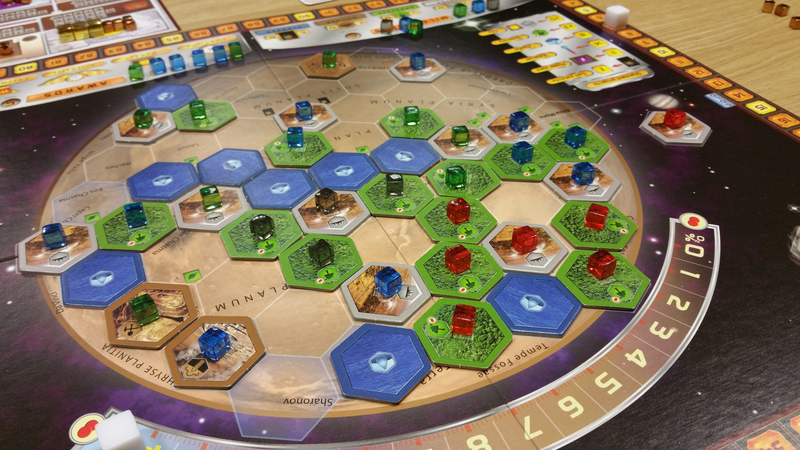 Meanwhile, Ross D. led two players, in the ongoing Blades in the Dark campaign. This week Wyrm and Flint were on their own, and they were being blackmailed into doing a job for the Grey Cloaks. What started out as one job, quickly turned into 3, with different gangs wanting them to do something - ending with a manic carriage chase through the city streets - read more here. 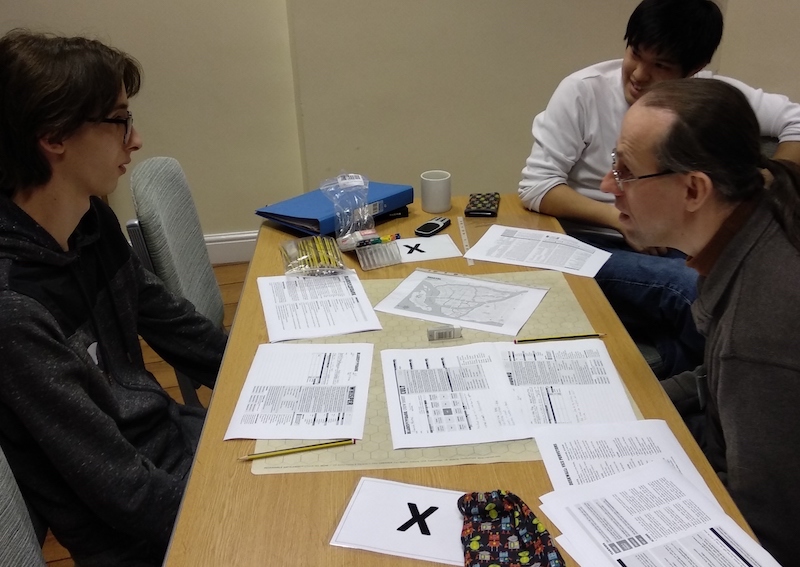 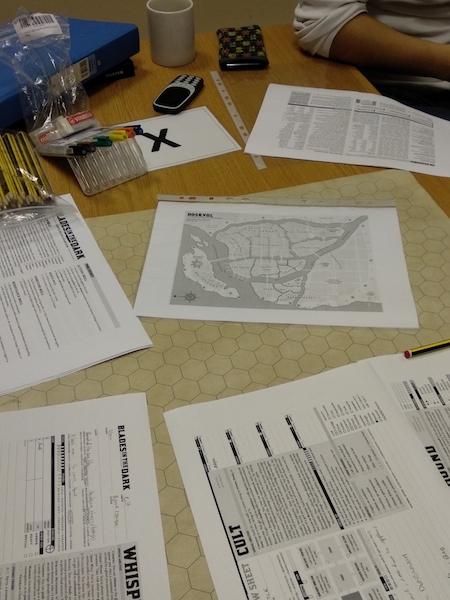 Kathy J. led a cooperative 2-player game of Lord of the Rings, a tricky card based game that quite faithfully recreates the events of the book trilogy, with Catherine D. In this session we followed Frodo and Sam from Bag End through Rivendell, Moria, Lothlorien, Helms Deep, Shelob’s lair, and finally Mordor. It can expand to five players utilising all five hobbits, yes - five - hobbits, you can play as “Fatty” the hobbit that was cut out of the films. The game was going very well and the two hobbits had barely strayed towards the darkness when all the events in the final location turned against them and Sauron claimed “The Ring is mine”. 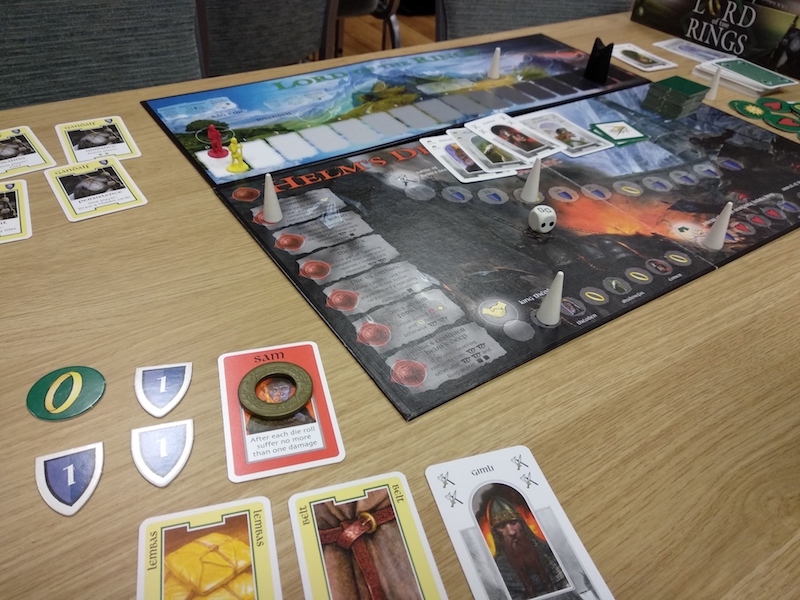 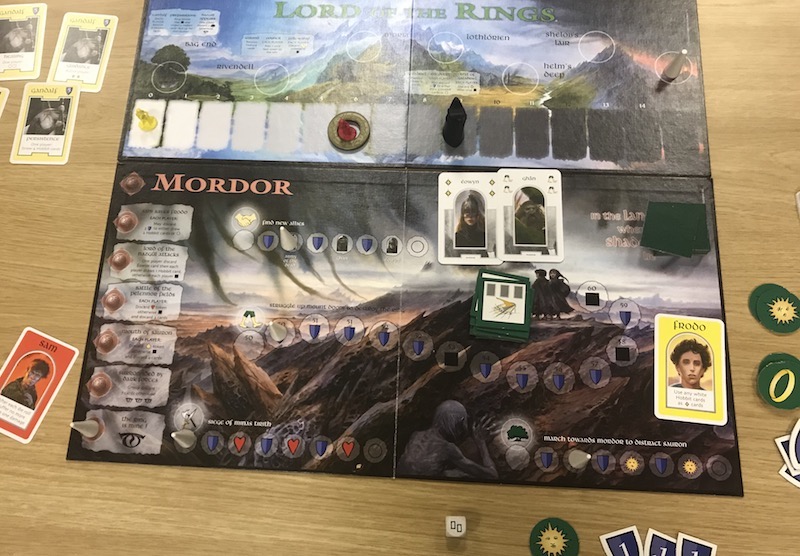 As the other two tables were still engrossed in their games, Kathy J. and Catherine D. switched to building zoos in O Zoo le Mio. This is a much simpler game with an auction mechanic letting you bid over five tiles per round. Each tile features two animal enclosures, trees, and paths. A good selection of tiles added to your zoo will attract visitors if you have the best mammals, birds, reptiles, primates or sea creatures, and more tokens for the most trees or creation of circular paths. The game plays over five years or rounds and scoring occurs at the end of each year based on the number of tokens in your zoo with scores incrementing each year. We played two games with Villa Gorilla triumphing over Porky Park, and then Crocodome more narrowly beating Aqua Shark for the title of most beautiful/successful zoo. 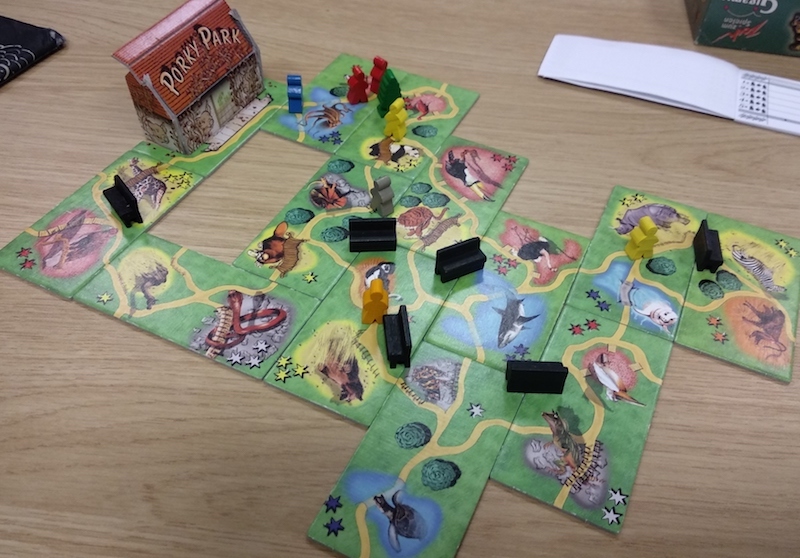 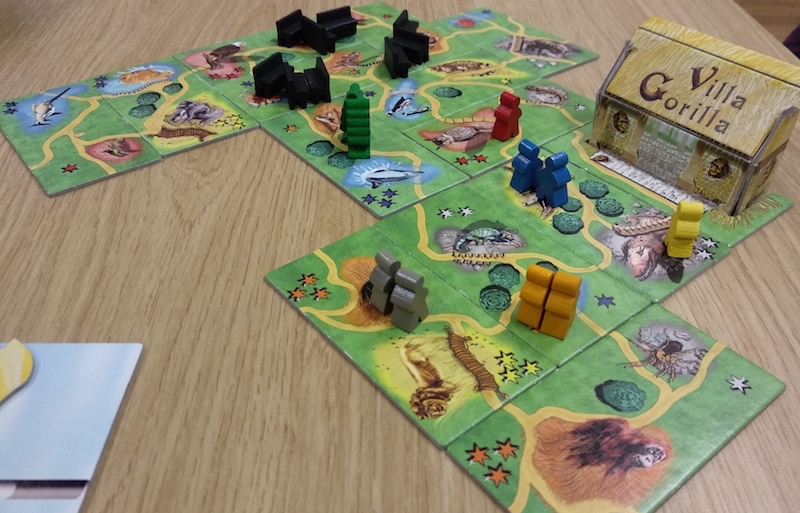 We then finished off with a final 2-player game of Kingdomino plus giants where the kingdom with three large areas of lake, forest and fields beat the massive gold mine complex.