This was a great session, even though only two committee members could attend, with heroes smiting evil, haunted houses and wonderous civilizations. This is a very quick summary of what was played - we’ll be back with a full blog as usual for the next session.

The session started with a quick 4-player game of Speed Cups led by Simon W., where players race to recreate what is depicted on a card with a set of small colourful cups. The first player to properly arrange their cups must ring the bell and they score a point (keep the card), at the end of the game the player with the most cards wins. It’s a great little game while we waited for people to arrive, fast and frantic, but speed-based dexterity games are not everyone’s cup of tea. 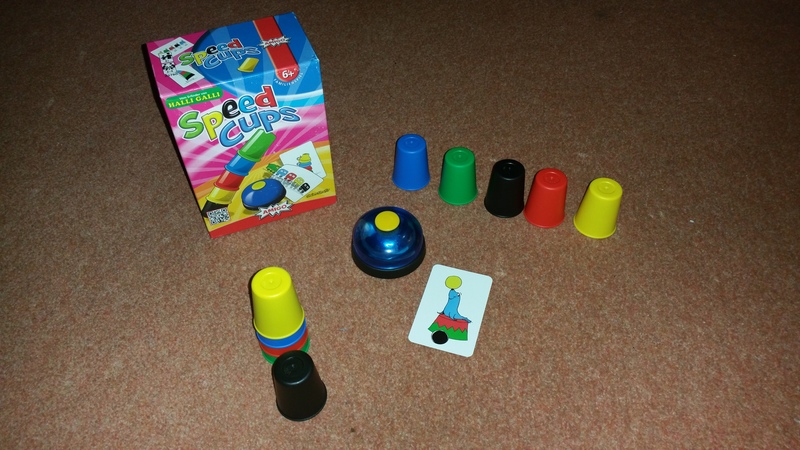 As more people arrived we re-grouped and split into three tables, with two games being played for the first time at the club.

The first table of five battled evil in the superhero comic book inspired Sentinels of the Multiverse. A co-operative card game where players each become a different superhero, with a unique deck of special powers, work together to defeat the super villain.

The second table of three played Betrayal at House on the Hill. This is a semi-co-operative style of game. It starts as a game of exploration, laying down tiles and exploring the haunted house. Then one player finds out they are the betrayer with an ulterior motive against the rest of the group. The betrayer and the rest of the group then battle it out until one side stands victorious.

The third table of five played a game of 7 Wonders, which is becoming a firm club favourite, led by Ross D. Each player has to build a civilization based on one of the ancient wonders of the world. The simultaneous play means the game scales really well to higher player counts.

With a well-timed tea (and biscuit) break to allow all three tables to finish, people were free to swap tables for second plays of both Sentinels and 7 Wonders, having five players on each table.

Meanwhile, the other three players switched to playing an RPG, continuing a Blades in the Dark story from the previous session, but this time involving Smook and Grog on their own adventure - read more here. This looks to be becoming a multi-session campaign, as we will continue to build on the story and as new players/characters join in future sessions.