Another good turnout with 8 returners and 3 new gamers meaning 3 tables ran over the course of the evening involving investigations, prison breaks, boasting, climate change and evolution!

As advertised the RPG was the space-based Scum and Villainy, which focuses on story telling with an interesting flashback mechanic that lets you react to unexpected twists in the narrative. The first job was to break the muscle member of the team out of prison, the stitch (doctor) in the team tried to infiltrate the prison, whilst the mechanic made good use of a hacking bug to take over the security, leading to some tense moments but an ultimately successful breakout. After that success the team were commissioned for another prison break from a facility on an asteroid, leading to a fake delivery to hide another hacking device, the muscle pretending to be a prison officer, knocking out a few guards when that deception failed and a some daring piloting to escape. There were quite a few close calls and improvisations when things did not go to plan, but it was a fun and light hearted cooperative session with plans to follow up and develop the team more. 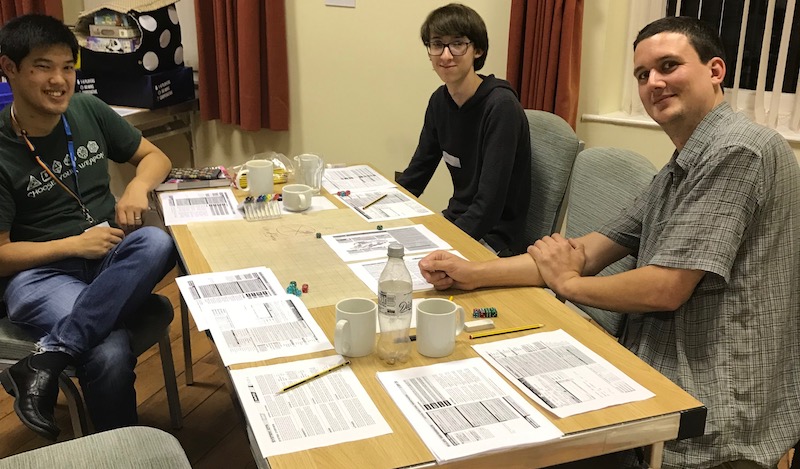 The games tables started with a 3-player game of Evolution: Climate (more on this game later) and 4-player P.I., which is a detective themed game involving deduction to solve a series of 3 cases. Players earn more points the faster they can solve their cases and everyone seemed to enjoy the challenge of the game. 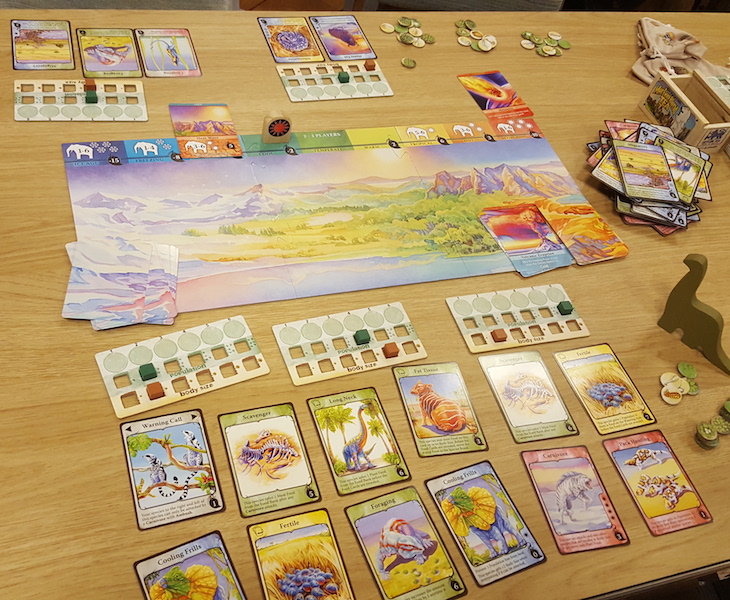 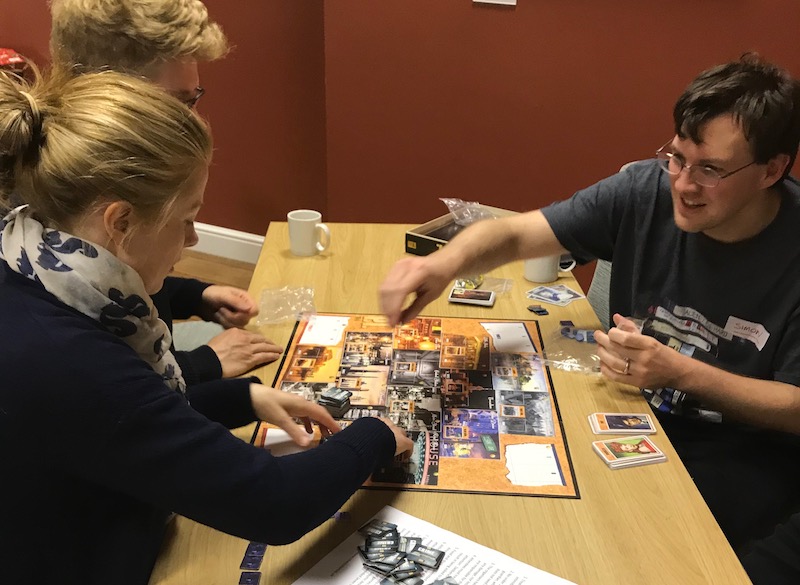 Evolution finished a little earlier so a quick game of Braggart ensued; a silly story telling game based in a fantasy setting where you brag about your last adventures in the tavern while the other players can change your stories so you look far less dashing or accomplished. 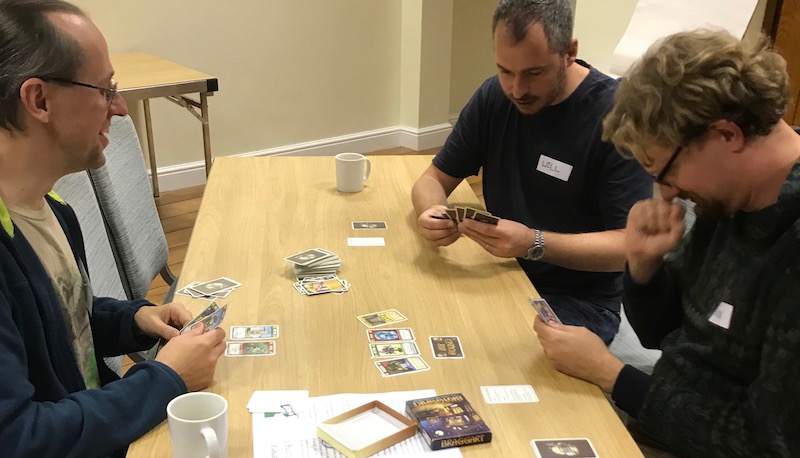 After a little discussion between the remaining 5 players it was decided to play Evolution: Climate again. This is a beautifully illustrated game where players develop a number of species, trying to nurture them despite the changing weather, food shortages or predation. Each round you can add traits to your species to help them adapt to the changing climate; will you develop cunning carnivores, increase body size and grow more body hair to survive an ice age, or grow a long neck so you get first choice of the available food each round? The 2 games of the evening were lively with various different strategies tested and all players losing some species over the course of the game before the best survivor emerged. 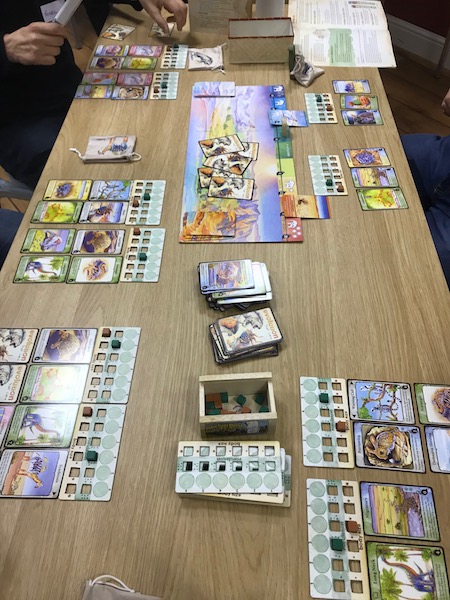 Let us know if you have a favourite game you want to play or a game you have always wanted to try and we will try and oblige at the next session.