We had 15 gamers this session, including 3 new joiners! We had 3 long, 2 medium, and 2 shorter games on the tables.

Early games were Love Letter: Adventure Time returning from the previous session and Welcome to the Moon, back for its third outing. These games have quite different play styles: social deduction vs flip and write.

Kathy J. was keen to demonstrate Ark Nova, a zoo building and conservation game that is getting rave reviews on the games forums. After a couple of rounds the game play mechanisms are quite simple to pick up (choose 1 of 5 actions: build, animals, cards, sponsors, or association), but the diversity of options available lead to some quite tricky decisions on what is the best action to take. It is primarily a card driven tableau building game, with a zoo map indicating enclosures built to contain your animals, which generate one-off bonuses as certain tiles are covered. It is quite a long game with 4 players and the official end point is when a players appeal marker and conservation marker crossover. After 2.5 hrs the game was going well but probably still an hour from the finish point, so the gamers all agreed to call it a night when everyone had an equal number of turns, but vowed to try again another session starting a bit earlier. At this point scores were still quite close with Nathan B.’s primate based zoo just edging ahead of Ollie W.’s bird park, Rich W.’s Australian themed zoo, and Kathy J.’s reptile and herbivore sanctuary (with adventure playground). 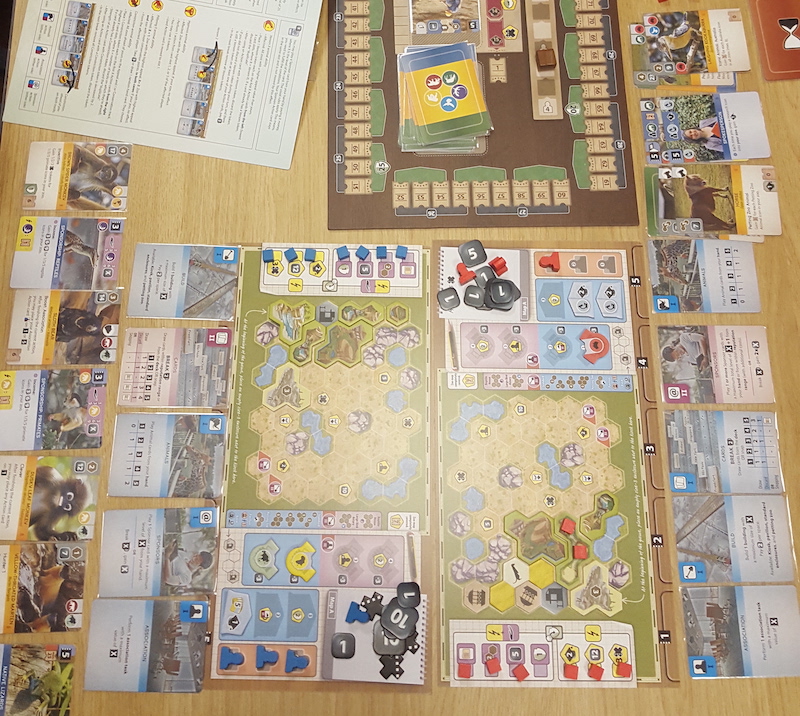 The second table chose Catan: Seafarers, which is a slightly extended version of the original Settlers of Catan game with boats. The 4 players start by claiming 2 settlements each across the hexagonal land tiles. Each tile is linked to a number 2 to 12, all the possible totals when rolling 2 dice. Each round you roll 2 dice and which ever players have settlements linked to those tiles generate the income, with 5 types based on terrain (sheep, wood, brick, stone, and corn). Certain combinations of resources allow you to extend or upgrade your settlements and generate victory points. In Seafarers there are also shipping lanes, and the winner is first to 14 victory points. It was a tight game with some substantial swings in fortune and some healthy trading, Settlers at its best. 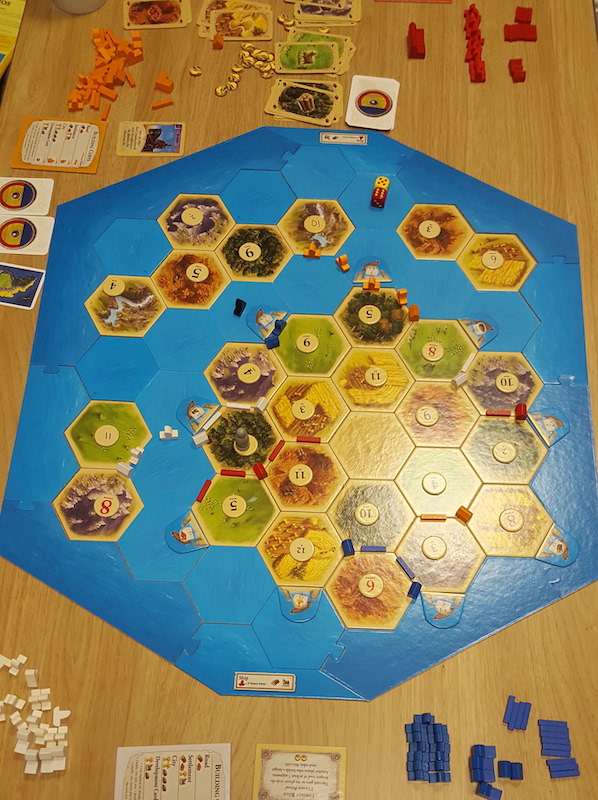 The third table of 3 players tried Sagrada, a very pretty game using dice to build a stained glass window. Each player takes turns drafting dice to build up a grid of dice on their player board with restrictions on which colour or shade (value) of die can be placed there. Dice of the same shade or colour may never be placed next to each other. Special tools let you break these rules, but using them repeatedly requires more skill tokens. Scoring depends on achieving various patterns and varieties of placement, and each player has a hidden goal. 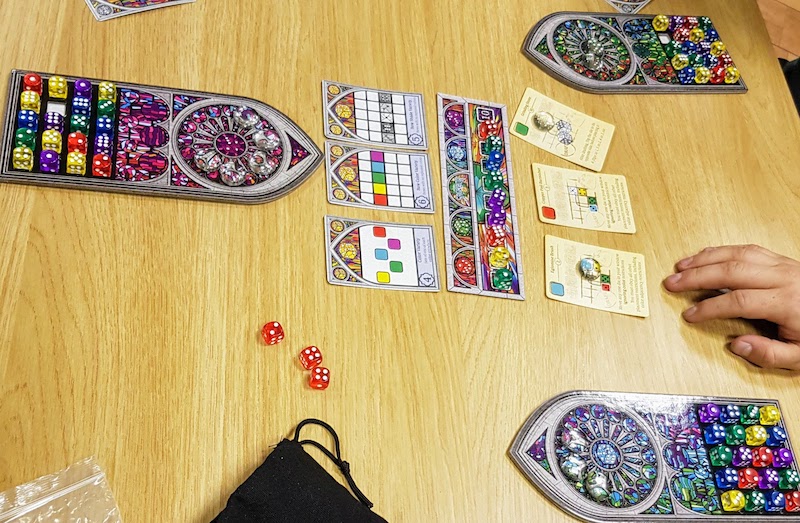 The final table had decision paralysis over the sheer number of interesting games that had been brought in and rolled a dice to finally chose. Everdell won, letting 2 more new players who had been observing the Evertree antics over the previous 5 sessions have a try, alongside 2 more experienced players. In a shock revelation after so many sessions in action, Diarmuid K. explained the real way the change in seasons should work - independently for each player so they can be on a different phase of the game to each other - this changes the competition for the forest resource spaces to be more dynamic. 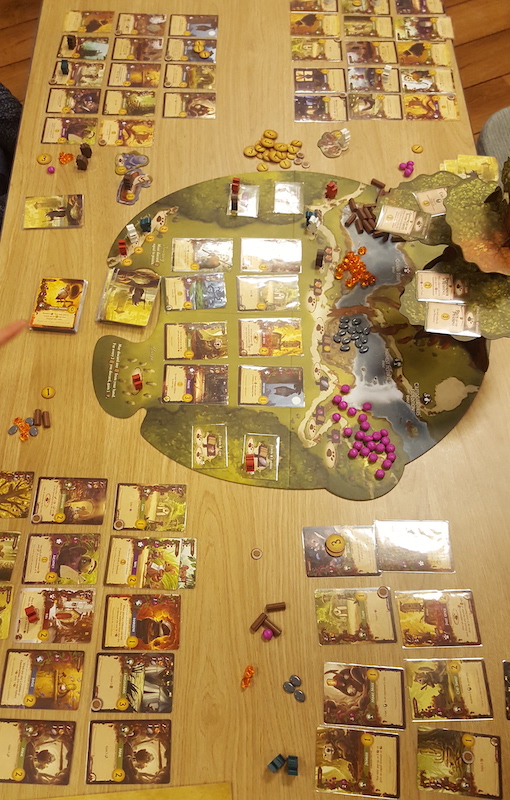 The later staying players on tables 2 and 3 joined up for one of Simon W.’s train games, this time Mini Rails, more rail building and company stock trading mechanics to finish the night. It’s a very streamlined game, with players only having 12 actions across 6 rounds, and yet from the mid-game on each decision seems impossible.

The next session is on Wednesday 4th May. Please do keep bringing in your games! There have been some very interesting selections narrowly missing a chance on the tables since we can only play a few games per session. We do enjoy learning new games and like to get a mix of new games and some favourites out on the tables with lots of different themes and play styles.