Thirteen people turned out for the second session back post-pandemic, including 5 new members and 8 returners. Only a few different games were played this session, all about building civilisations from clans to cities.

The early joiners started with a couple of games of The City, which also got a few more plays later in the evening. Then Iain D. had brought Clans of Caledonia and a 4-person game got underway once all the components had been sorted out. 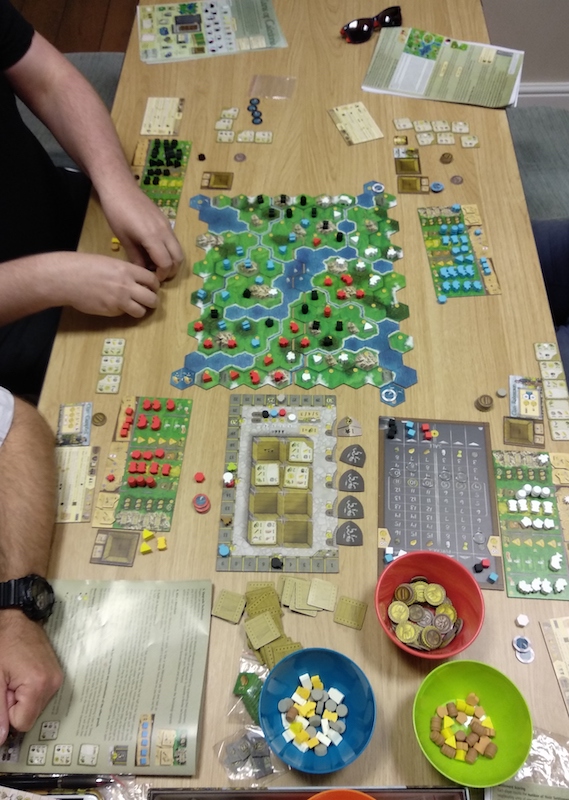 Kathy J. then taught the other table Neom, the City of Tomorrow, a 5-player game but with a pair teaming up so 6 could play. The game is very similar to 7 Wonders with a pass the hand, select and play mechanism over 3 eras, the difference being you choose and play tiles to your city grid and have to follow some placement rules. There are multiple ways to earn points and some ways to lose them; by building a ghost town, polluting your residential areas, or having no power. Players got the hang of the game quite quickly, although there was some initial confusion with selecting the keystones - 3 secret tiles chosen at game start that can be played once per era instead of a tile from the hand, the keystones can net many victory points if placed or paired well with other tiles in the city. Perhaps in the future a beginners game shouldn’t use them until the basics and some of the symbols are better understood. The first game had quite similar scores with the winner only managing 1 point more than the 2 drawing in second place. 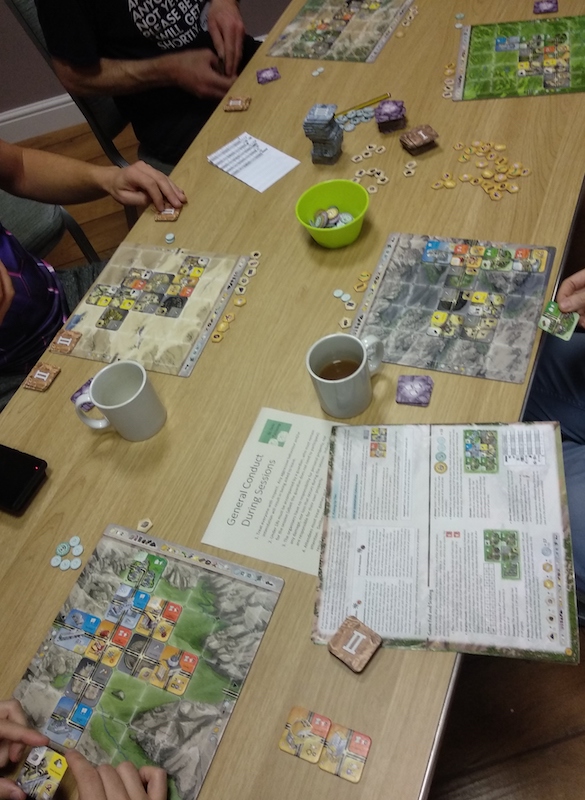 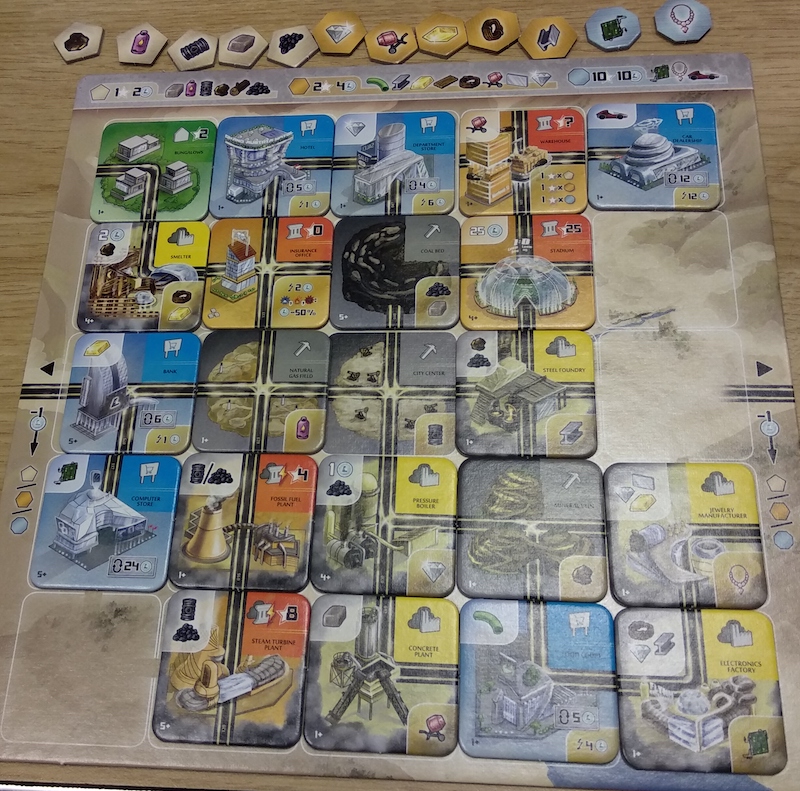 The table decided to play again but this time put in the disaster tiles, and although those don’t need to played as some tiles are discarded during the era, they all were played reducing income and even destroying some placed tiles. Overall scores were lower, but there was a runaway winner who had built a city producing most of the resources and including many retail tiles too.

As the Clans game was still ongoing, those remaining at the table then played another couple of games of The City before it was time to clear up and go home.